Adventure and Kindness: Motorcycling in Nepal

I grew up in Rural Ontario, Canada,  and have taken a long and winding trail to even more rural Ontario, which included a half year of living in a trailer without heat, water or electricity…but I digress.

My father and brother loved motorcycles so it was always a part of my life. However, I grew up with the belief that riding wasn’t for girls. It’s ridiculous to think of this now, but at the time, I was just happy whenever I was invited to ride pillion. After several thwarted attempts to move forward with what seemed like a far off dream of riding ( practicalities like tuition payments,  mortgage payments, car repairs,  others’ opinions and such mundane things seemed to get in the way) I found myself divorced and wanting to be in  the actual and metaphorical  driver’s seat. 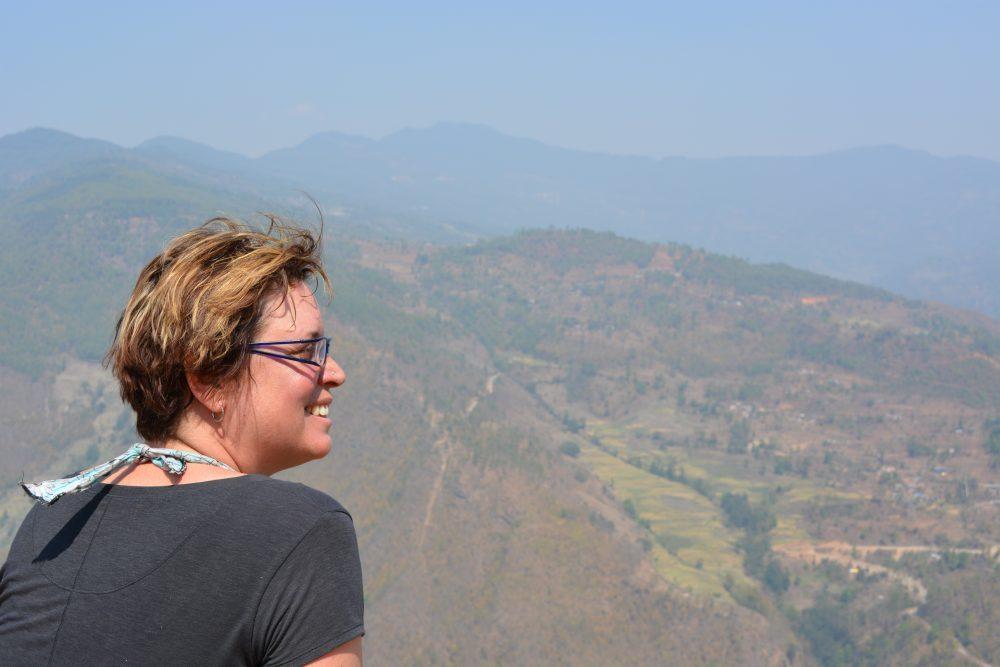 So, I took the plunge, bought a Honda CB750 named Betty and not only never looked back, but also convinced several girlfriends who had  let life, misogyny and reason stand in their way, to get their licenses. And that was 16 years ago. (Oh, and those six months without electricity or water? My job is in social work so I was lucky enough to have shower privileges built into my employment contract!).

I enjoyed taking trips, solo and with friends but it wasn’t until I met my husband that I left the asphalt and truly took the  bumpy, rutted, muddy road less traveled. But not always happily or gracefully!

Fast forward to Christmas 2015…Oliver, my husband presented me with tickets to Nepal. He had surreptitiously called my bosses and arranged for a month holiday in March 2016.

It had been my dream to buy 2 motorcycles and travel around Cuba and then give them away to someone who needed them. This dream just got transferred onto Nepal. We did some basic research and thought this was a feasible plan. We had our own ” fixer” a lovely young ADV’er in Kathmandu and we thought we were set. Unfortunately, once there, we discovered the taxation structure in Nepal made used motorcycles prohibitive for us to buy on our measly budget. So we rented the Enfields, for pure romantic allure and set off to ride to the Himalayas on “Elizabeth and Philip.” 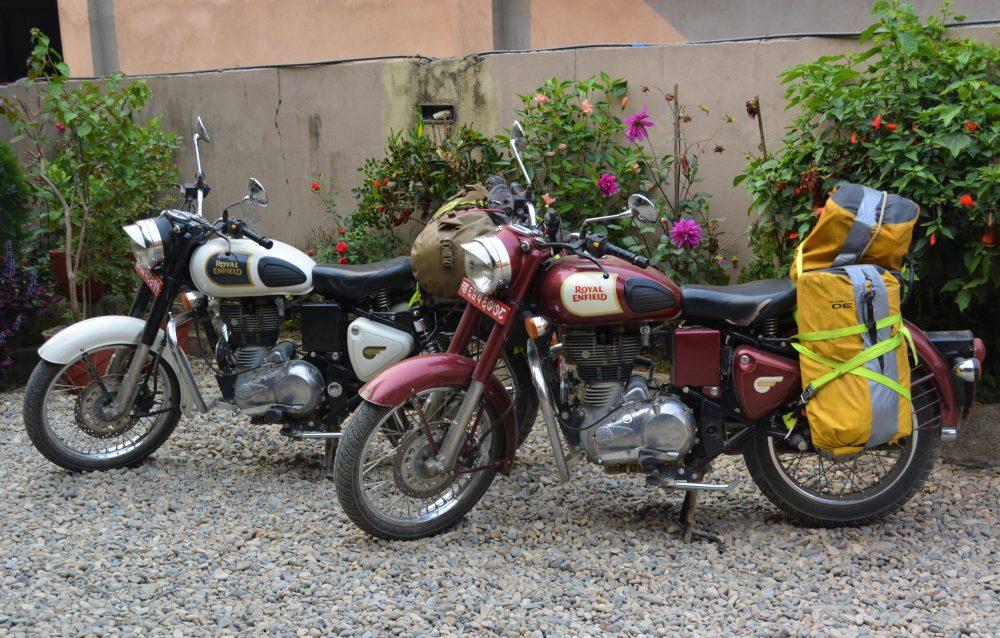 The Chaos of Kathmandu

The most stressful thing for me was negotiating Kathmandu traffic, without road signs or maps or any understanding of the subtleties of traffic flow. To my western eye, it seemed like a mad free for all, which made no sense. I spent the night before leaving the city awake and imagining all sorts of catastrophic circumstances, all ending in a Nepalese hospital. By the end of the month, I’m not going to say I was comfortable with it, but I was certainly more accustomed to passing on blind corners, wedged between 2 buses a car and a  motorcycle. And possibly a cow. 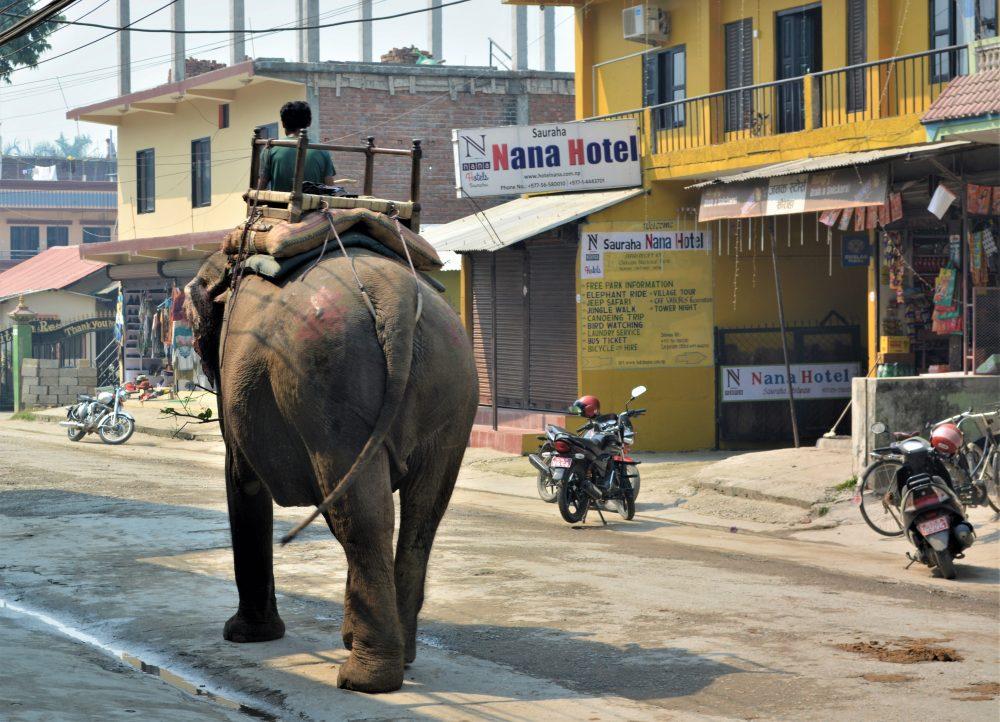 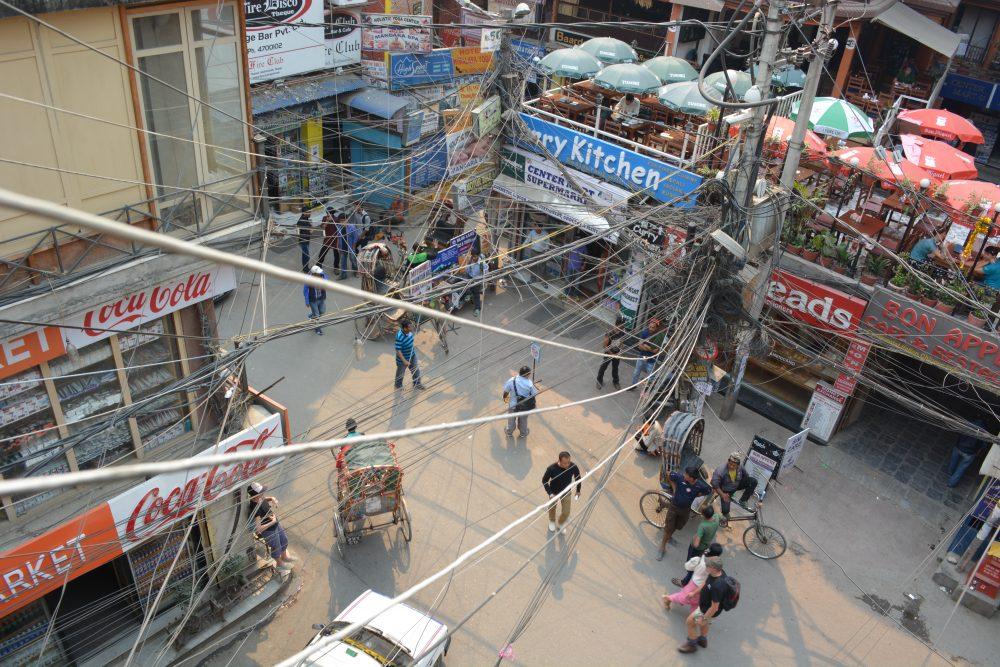 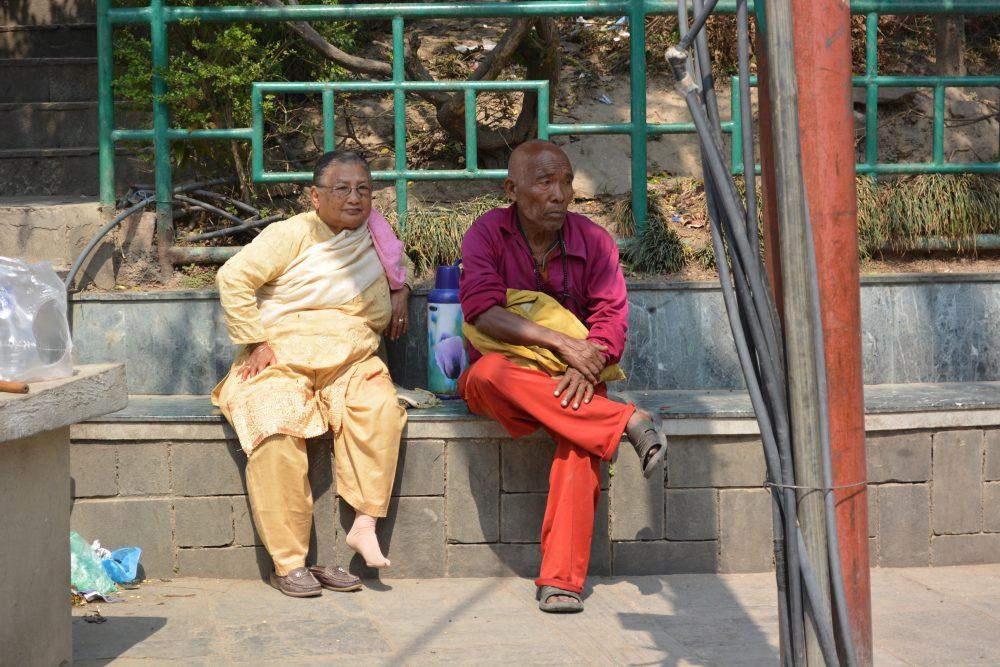 The second challenge for me is sand. I hate sand. I hate it on the beach, I hate it between my toes, but most especially, I hate it under my tires. I had a few get-offs, usually in a comparatively  easy section and mostly due to my inability to grasp the concept of decreasing radius. I wished more than once that  I had paid more attention to high school physics class!

The scenery in Nepal is breathtaking and like its people, so diverse. The conditions at the bottom of the mountain pass would be tropical; hot, humid with palm trees growing. The further up the mountain we went , it would be 15 degrees cooler, drier and lush with pine trees. These differences would happen multiple times in a day of riding. The lush beauty of the Kali Gandaki gorge gives way to the desert moonscape of the Mustang region. 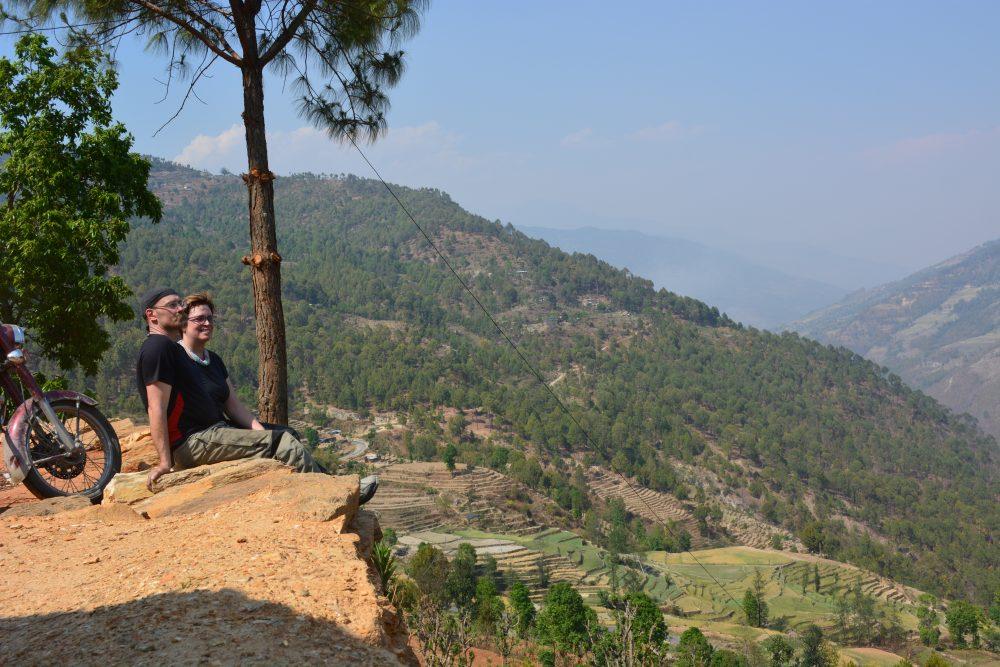 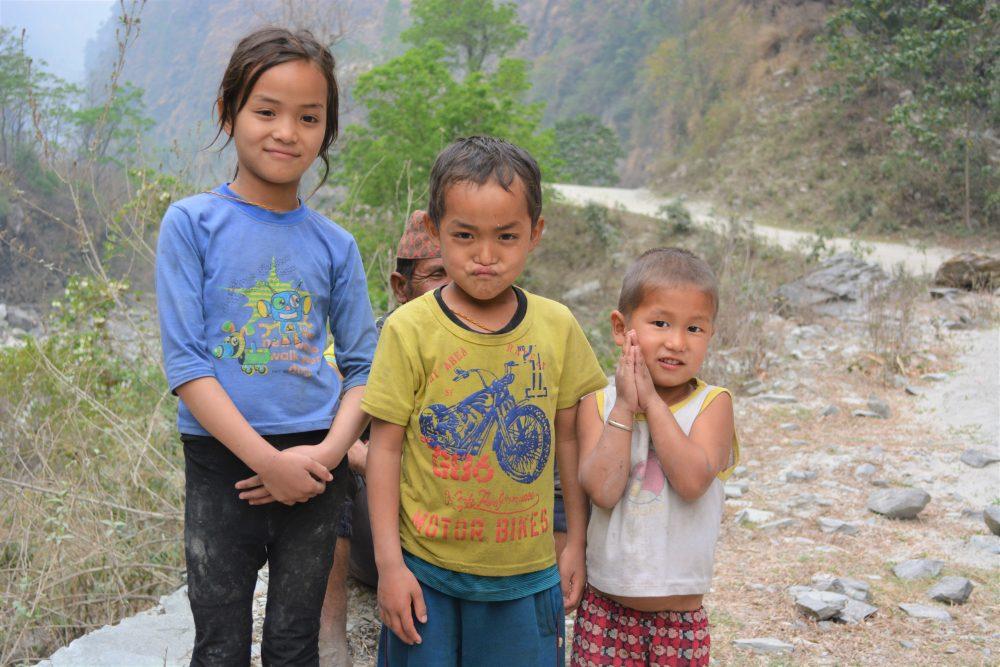 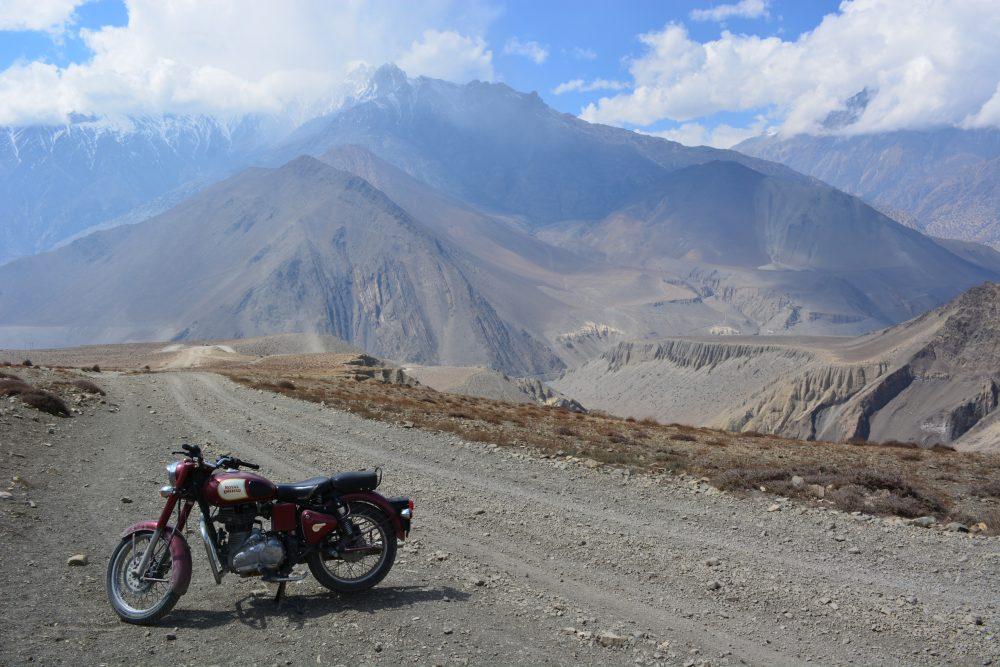 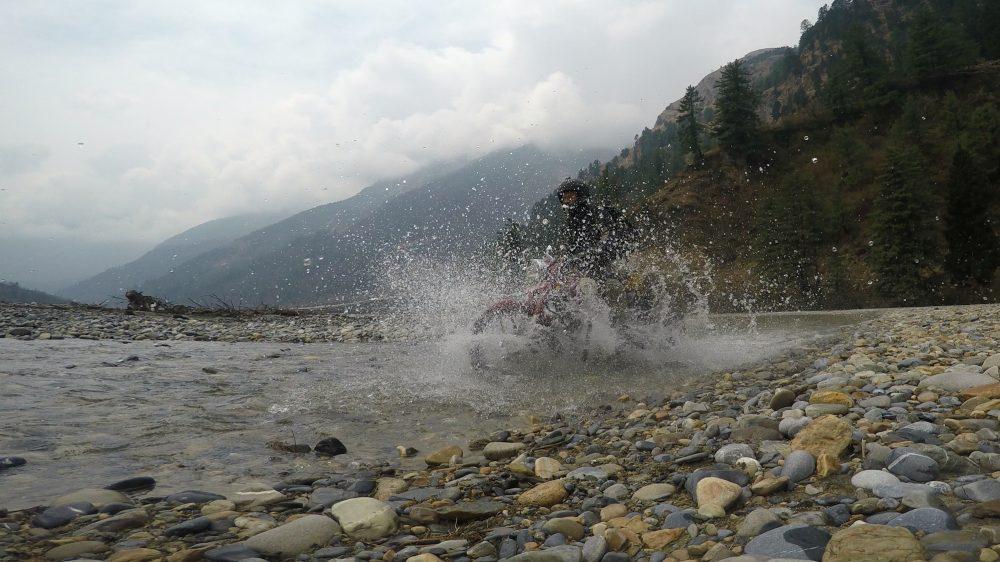 The True Beauty of the Himalayas

Despite the overwhelming scenery, the real beauty of Nepal is in its people. The country had been devastated a year earlier by the earthquake and was further debilitated by the oil embargo imposed by India. People waited in days-long lineups for their 5 liters of fuel.  And yet, we would come to a gas station, and be pushed to the front of the line to receive whatever our tanks could hold. I asked a man if people would be angry that we were jumping queue and he looked at me, perplexed,  and said ” why would they be angry. You are our guests!”.

This is a place where Hindus and Buddhists and Christians all coexist in harmony and when asked about it, people seemed genuinely confused that it could be otherwise. We were received with warmth and interest wherever we went,  although we never figured out the head bob answer to directional questions. For some reason, everything was” 5 kilometers that way”. It took a while to realize that ” 5 kilometers” is not a standardized measurement! 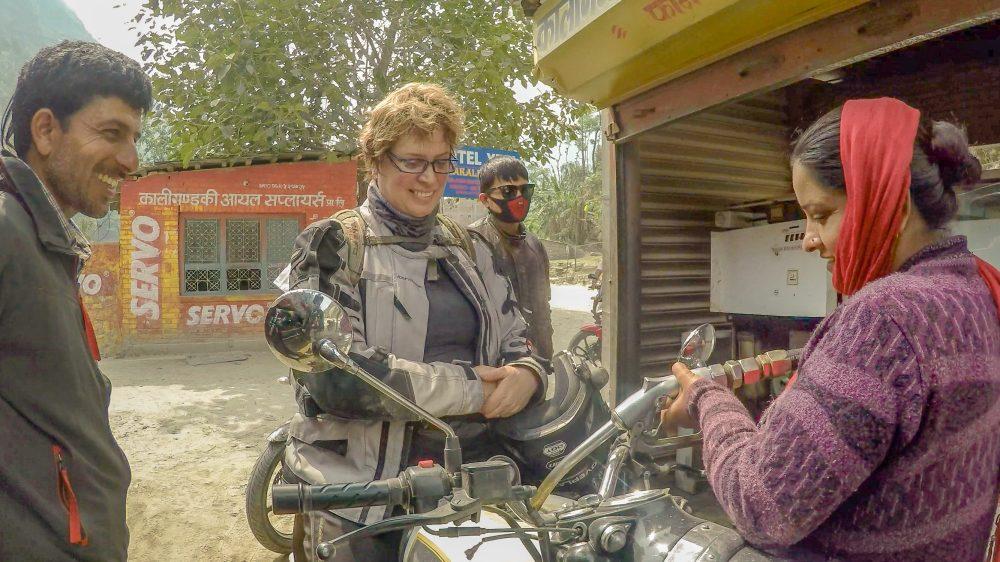 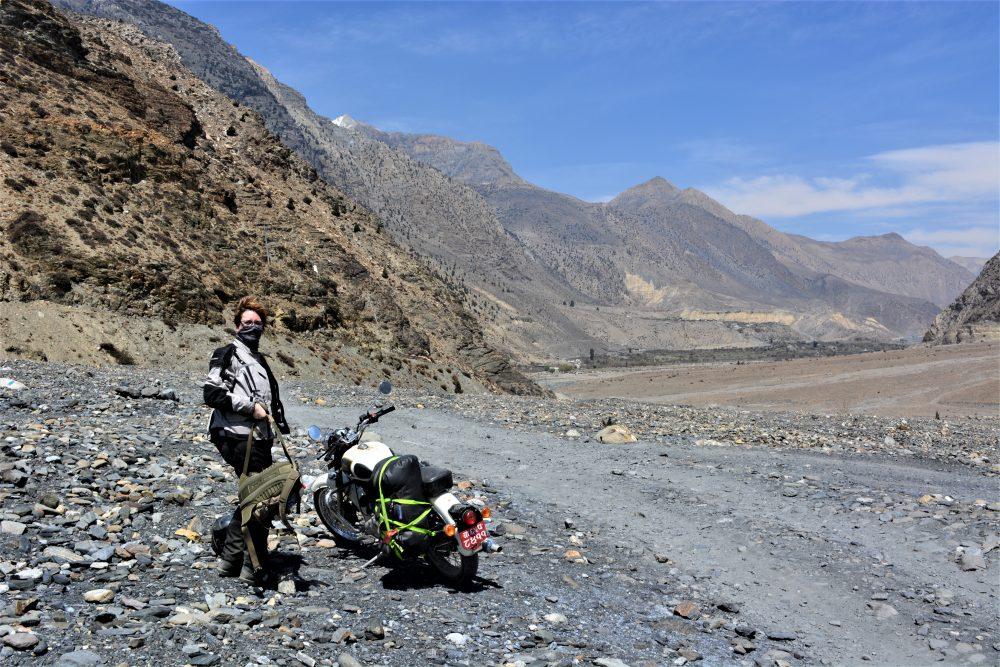 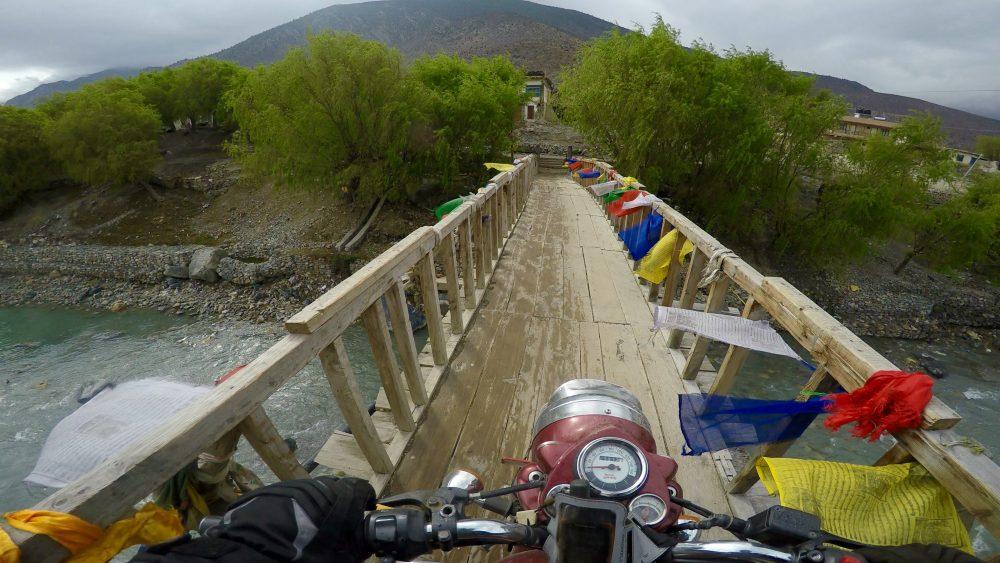 But the BEST.DAY. EVER. was our last full day in Kathmandu. After beating up our bikes, we were concerned about how much we would be charged for the repairs. As it turned out, it was  the equivalent to $40 for both bikes, including the flat tire we rode in on!

So with the money we had earmarked for repairs, we started shopping for bicycles. After a day of getting sketchy directions through winding back alleys, we finally found a bicycle shop and bought 10 bicycles of differing sizes, some with training wheels, some without. We then arranged to visit The Butterfly House. This is a home for children whose mothers are in prison. If there are no family members to care for the children, they  go to jail with their mothers, and these are not set up for children. There is no education or training or even milk for their growing bodies! 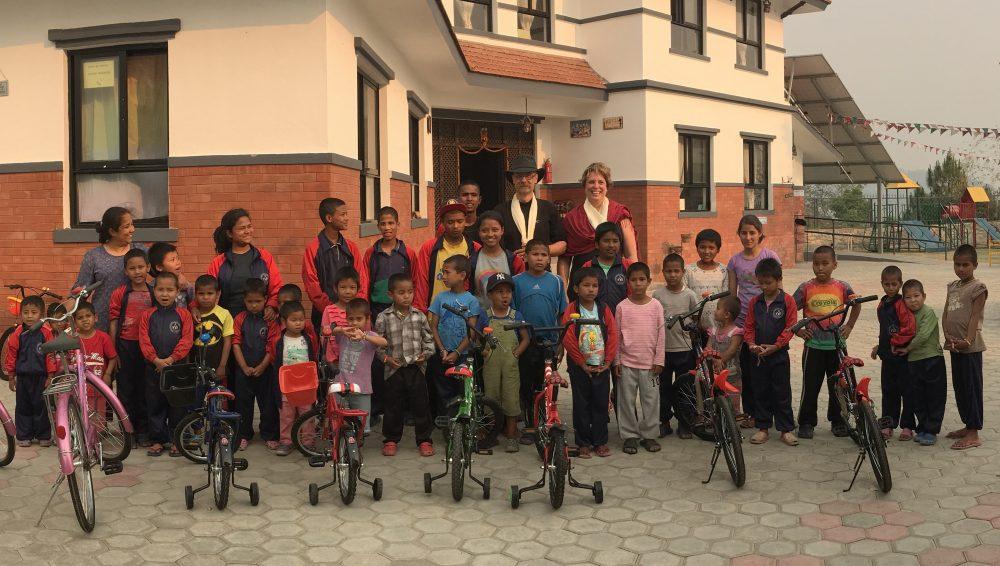 Pushpa  Basnet, the heart and soul of the Butterfly House, began to bring children out of the prisons and provide education, a home setting and a  future for these children.  Their wish list included bicycles, so this was our next stop… a truck full of bikes.  It was off the charts fun!! Only about 2 kids knew how to ride bicycles so it was absolute mayhem 25 kids learned and shared and laughed. It was the pinnacle of our trip and a day  of pure joy that I hope to remember on my deathbed. 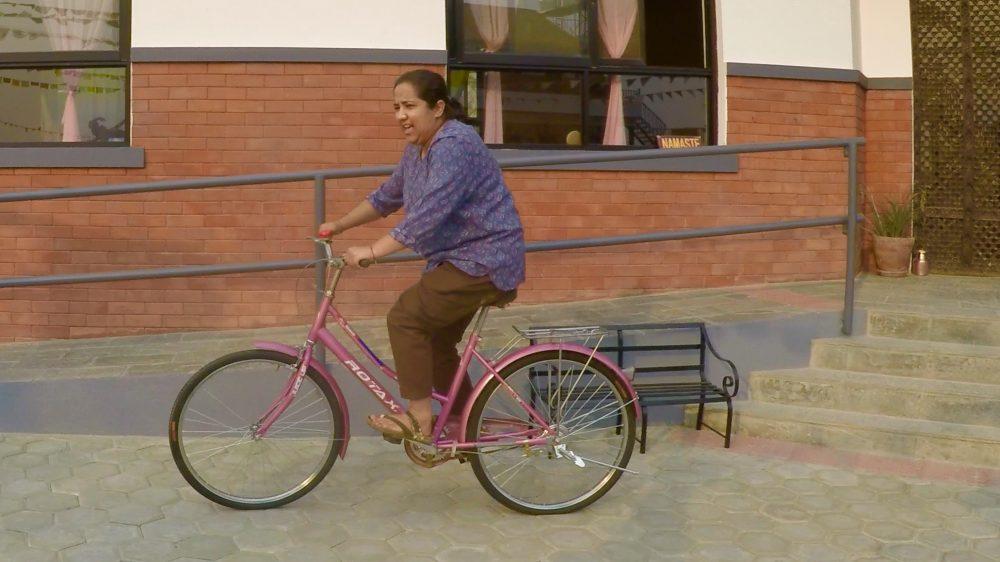 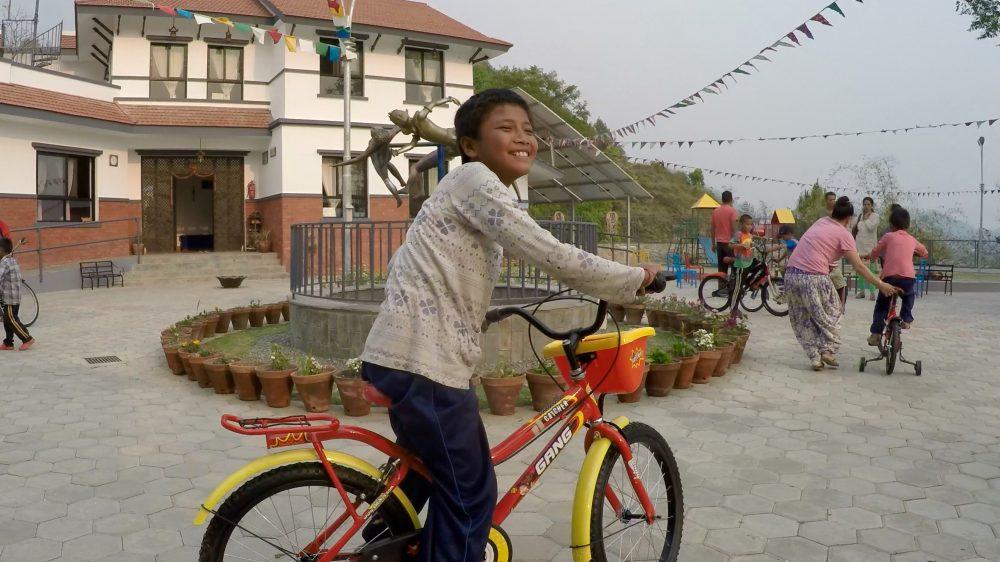 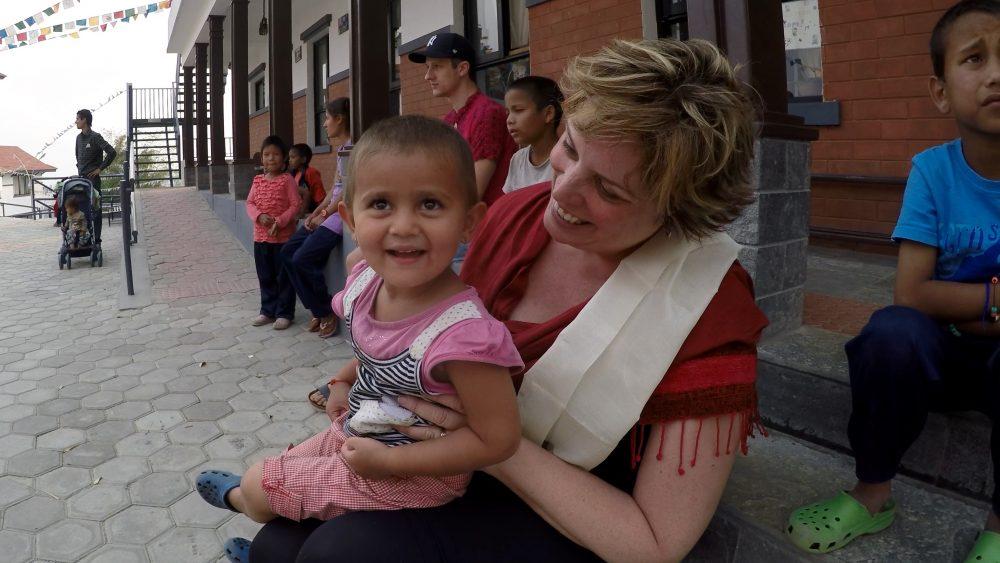 The bikes were fun, but the best part for me was the brief opportunity to talk to the girls and tell them that although very few women ride motorcycles in Nepal, this does not have to stop them from doing whatever they want, to explore what and where they want, and to  be who they want to be. After all, if a middle aged social worker like me can do it, these brave girls who have already overcome so much can certainly do it!

PrevPreviousWomen and Motorcycling: To Dress or Not to Dress?
NextShort Legs and a Big Ugly Bike: A Woman’s Kawasaki KLR650 ReviewNext