Riding to Ushuaia: The Island of Whispers

Riding to Ushuaia has become a rite of passage for adventure riders. Most head to the southernmost city on earth for the trophy- the “Fin del Mundo” sign and a celebratory beer.  But there is so much more to the Land of Fire than this.

I arrived in Patagonia at the wrong time of year. It was September, and on that side of the world that means full on winter, complete with raging storms, blizzards and freezing temperatures. Back then, I was riding half-blind, spurred on by a feverish, irrepressible drive; and by the time I rolled into snow-covered Ushuaia, I had ten Argentinean pesos left. 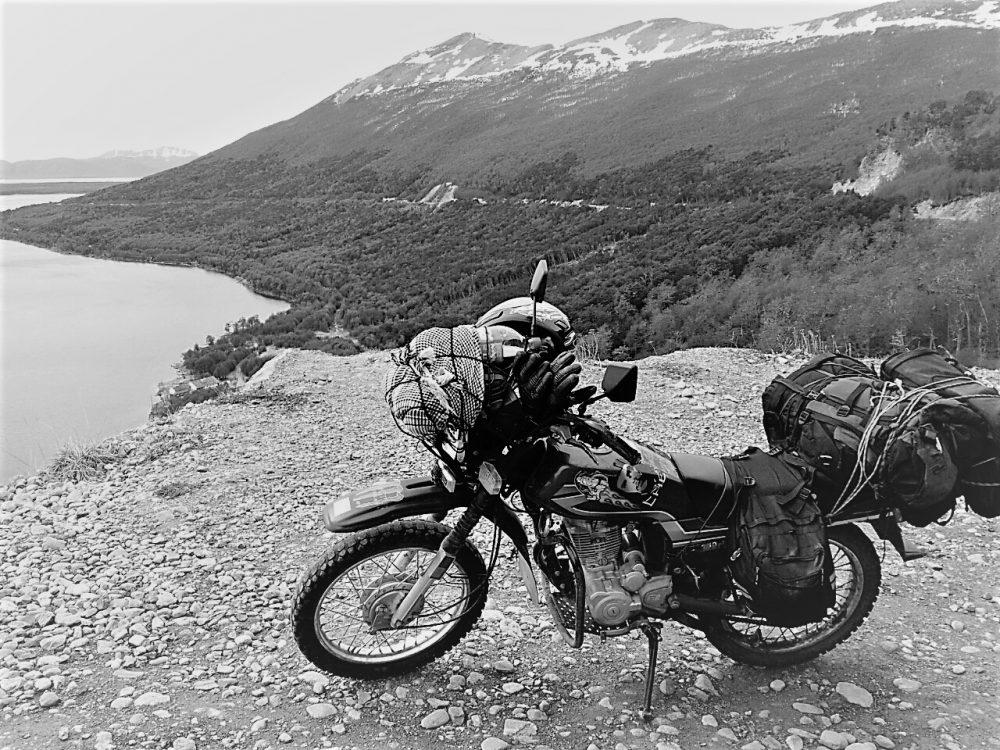 This was the end of the road for me.

The Land of Fire

Through sheer luck and stubbornness, I found a job on the island – a local family was looking for a ranch hand to break in young horses, and I was thrilled to offer my services.

I was given a tiny house of my own, an old gaucho saddle and a heavy Spanish bridle. The horses, half-wild, mostly roamed free through the ten hectares of forest, and along the moor that belonged to the ranch. 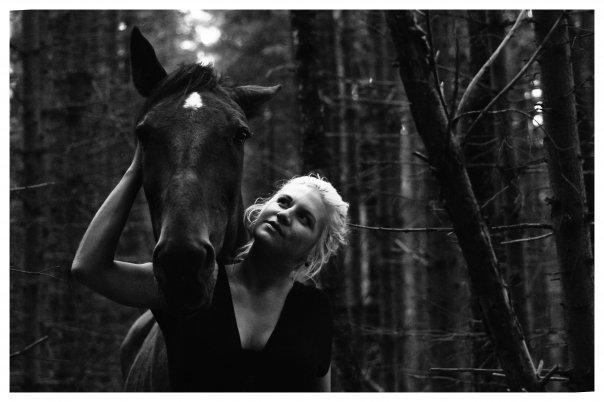 Soon, I settled into a routine. My days became simple, quiet, and isolated.

Tierra del Fuego is a strange island, full of wraith-like strands of thick fog, shivering shadows, and unsaid things.  During the months I was there everything felt eerie and not entirely certain- not quite real. 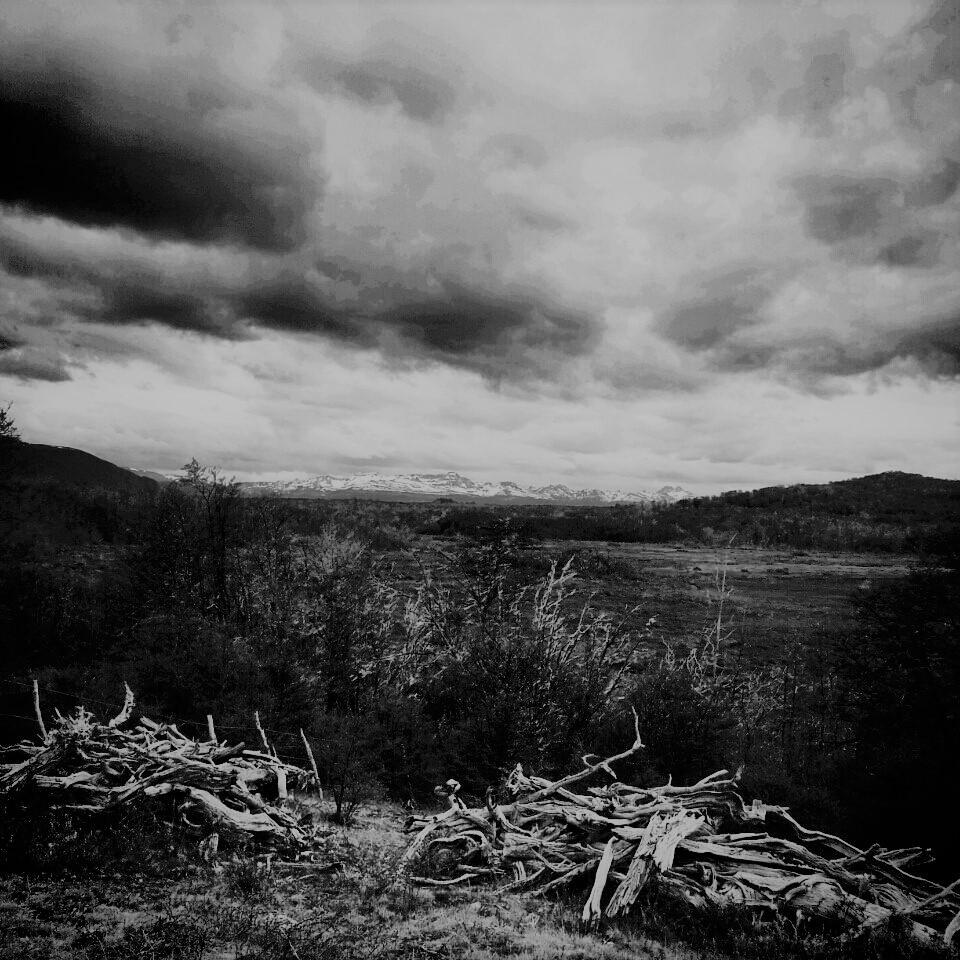 There were strange whispers on the moor – some ancient, forgotten presence, not sinister, not menacing, but ever lingering, ever watchful, accompanying me on those rides.  Despite the immense solitude, I never felt like I was alone. According to legend, I wasn’t.

The Land of Fire is an island of souls.

Tierra del Fuego owes its name to Ferdinand Magellan: as the famous explorer approached the island, he observed dozens of huge bonfires burning on its shores.

Fire was the primary means of communication between the indigenous tribes of the island, and fire was also their undoing. Once the island was discovered by the 19th century sailors, gold prospectors, and cattle ranchers from England, France, North America and Spain, the native Fuegians became fair game to bounty hunters.

The Ona tribe, also known as the Selk’nam, got the worst of it. Semi-nomadic hunter-gatherers, the Ona had no concept of private property and, driven into the middle of the island where their natural prey, the wild guanaco, was scarce, they began hunting the settlers’ cattle and sheep. Accused of stealing and marauding, the Ona were massacred, hunted down by the cattle ranchers, and shot for sport. Sometimes, they were kidnapped and shipped to England to be shown in European zoos as “missing links between humans and apes” – courtesy of a young scientist by the name of Charles Darwin, who visited Tierra del Fuego aboard HMS Beagle lead by captain Robert FitzRoy.

In the mid-nineteenth century, there were over 4000 Ona people on the island. By 1930, only a hundred were left.

The last full-blooded Ona died in 1974, and all that remains of the entire people is a dark Patagonian legend of a scar-faced moon goddess and a few black and white photographs of the unearthly costumes and paint the Ona used in their sacred rituals. 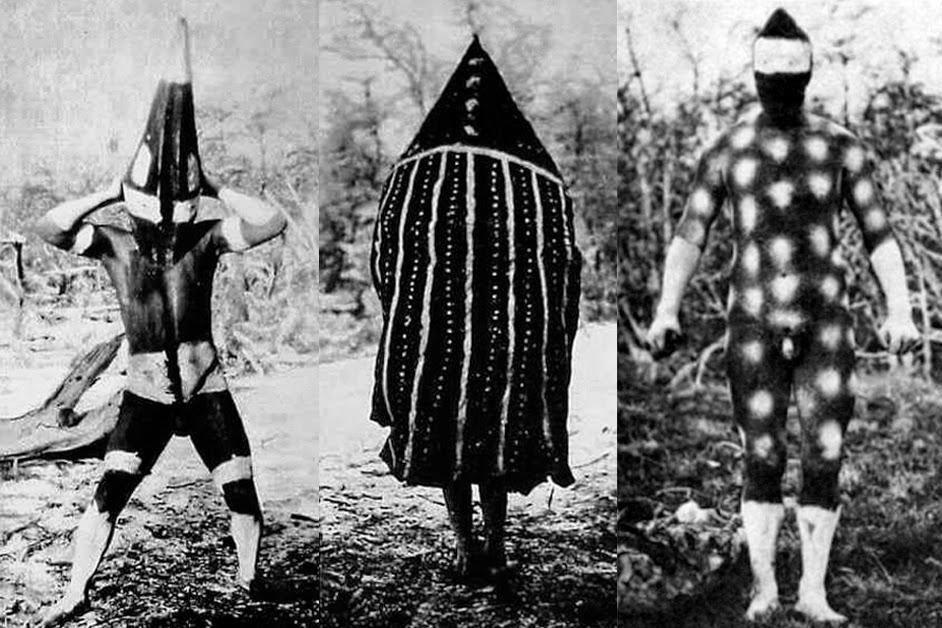 The only person who was genuinely interested in the Ona and who saw them as people, not animals, was Martin Gusinde, a Roman Catholic priest from Austria. Intrigued by the strange islanders, he became so passionate about understanding the Ona that not only did he learn their language, but he underwent their initiation rituals in order to be accepted into the tribe. Thanks to Martin Gusinde, hundreds of photographs of those mysterious people still exist today.

The Ona were strong, proud people who had a special relationship with the land. Dressed in seal and guanaco skins, the Ona roamed the island hunting and fishing, setting up camp and celebrating their most important annual festival, Hain. 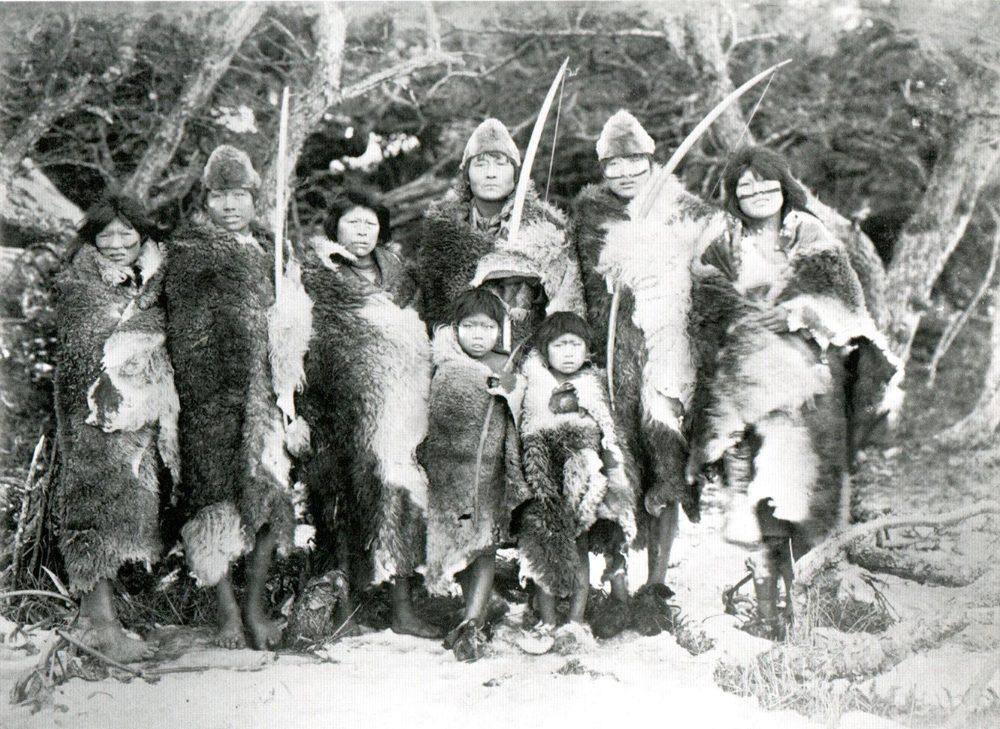 Yet almost none of the Ona stories remain today. Martin Gusinde was too late: by the 1960’s, the Ona were almost extinct. The last full-blooded Ona, Angela Loij, died in 1974. With her, an entire people, an entire culture and language vanished without a trace.

The Song of Lola Kiepja

Lola Kiepja was born in a tent made of guanaco skin. As a little girl, she traveled with her tribe, camping at lakes and beaches, learning how to make clothes from animal hides, how to manage a canoe, and how to tell stories. Traditionally, women were not allowed to tell stories of their own, but when Lola Kiepja was a young woman her dead uncle appeared to her in a dream, and she began seeing visions shortly after. Because of this, she became a shaman. Only the Ona men had the right to tell stories, but because of her shaman status, Lola Kiepja was allowed to listen and later, to become a storyteller herself.

This is what she told anthropologist Anne Chapman right before her death: “but they are all around me! When an Ona dies, he becomes part of the Great Island. Even the wind was once a man, a great hunter named Sinu, who killed many wild guanaco… His daughter, Sinu Katame, became a hummingbird when she died.

Everything that has a name was once a man or a woman. The cliffs, the mountains, the trees, the guanaco and the albatross, were once Selk’nam. Do not tread on the stag-beetle: he was the good witch-doctor once.”

According to Chapman, Kiepja died smiling: she knew she was the last of her kind, but she felt that her ancestors, and their ancestors before them, were all around her in the lakes, the sea, the mountains and the wild guanaco, the birds and the forest creatures, the weeping whales and the wind.

The island was its people. Tierra del Fuego, Lola Kiepja said, was made of souls – rock and stream, tree and seagull, were all Ona once. 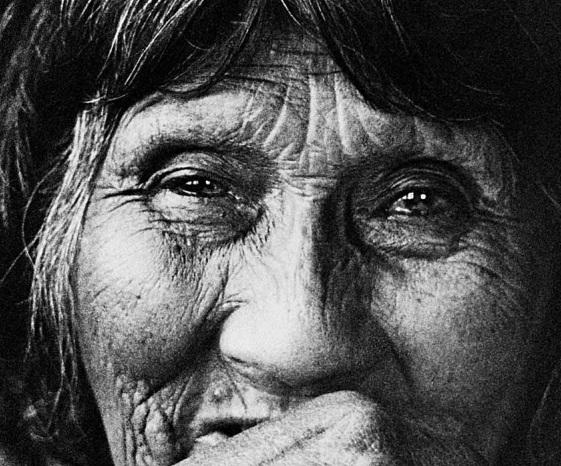 “Near the end of her life, when I met her, she seemed really happy to relive her old way of life through her stories and her songs. She knew that her world had disappeared forever, but she was a woman of incredible richness, and she had a strong bond with her roots”, – wrote Anne Chapman.

Lola Kiepja was the last voice of the Ona. She died in 1960, aged about ninety.

Here I am, singing

The wind carries me

I am following the footsteps of those departed

I am allowed to come to the Mountain of Power

I have arrived at the Great Mountains of the sky…

The power of those departed returns to me

Those of infinity have spoken to me.

So if you are riding to Ushuaia, when you finally reach Tierra del Fuego, stop for a moment and listen to the wind. Listen to the green lichen rustling in the trees; listen to the cry of the albatross, the half-wild horses galloping across the moor, the little streams bubbling down the mountain side.