Riding Motorcycles in Cuba: Food for the Soul

Thinking about the Caribbean, I’d never imagined bikes. Is riding motorcycles in Cuba a good idea at all, I wondered?

The Caribbean always sounded like this magical, strange place to me, enchanting and dark, only to be explored aboard a pirate ship – not two wheels. But as Paul and I slowly made our way South, we started talking about combining both. Stahlratte, a Dutch sailing boat, was anchored in Mexico waiting to voyage across to Cuba, Jamaica, Panama and the paradise islands off the Colombian coast before making for the port of Cartagena. We could put the bikes on the boat, ride around Cuba, then kick back and enjoy the smaller islands on foot before disembarking in Colombia and riding to Chile. It would be a different kind of adventure; it would be the real Caribbean. 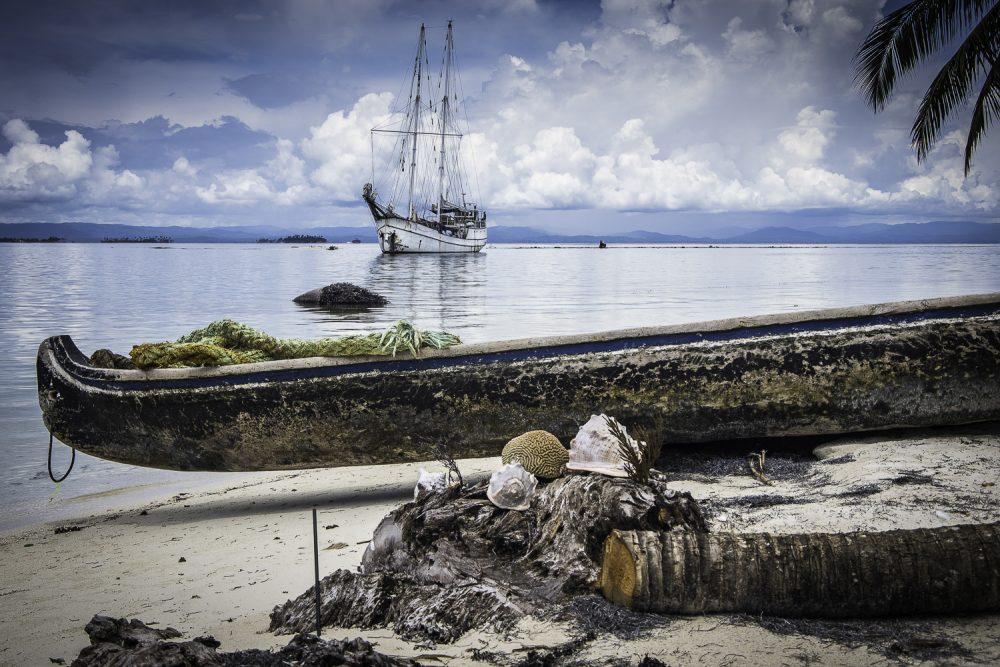 I’d never been on a sailing boat in the open seas before, but the Stahlratte was everything I’d hoped it to be. A hundred years old, tatty and weathered, it looked like the perfect buccaneer ship of the high seas. Captain Ludwig, Stahlratte’s heart and soul, had the mandatory golden earring and the broadest grin in the Caribbean; his assistant Anna, a fearless Dutch sailor, made for a perfect first mate. When I asked Anna what she loved about sailing the most, she said: “When you hold the rope that’s directing the sail…it’s like you’re holding the wind in your hands”. 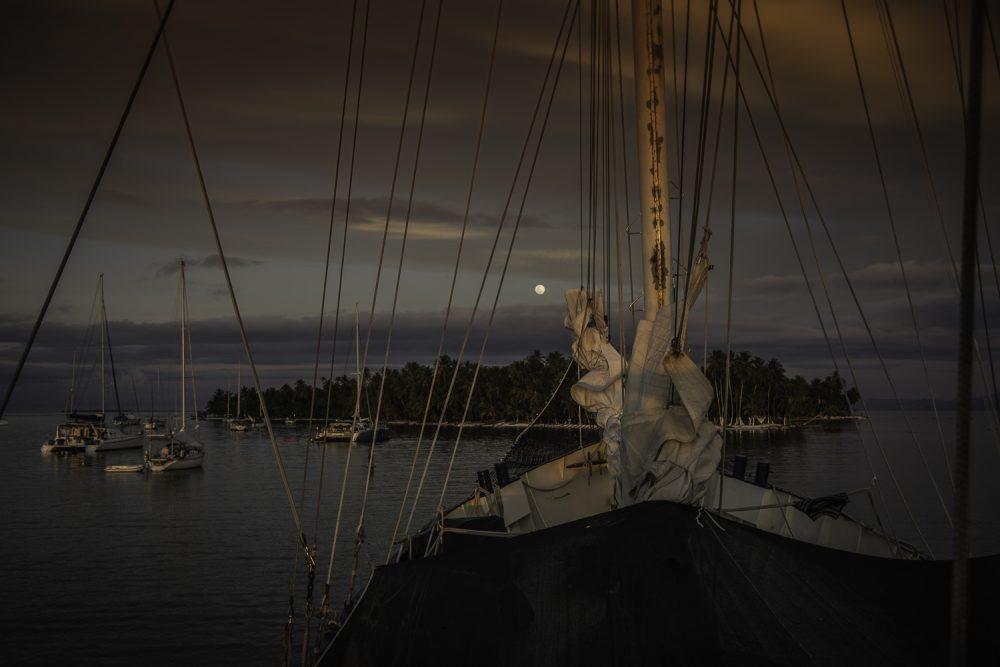 Needless to say, I was instantly sold.

After stowing our bikes safely on the deck, armed with Dramamine and some books, we boarded the boat and prepared for the departure. I was worried I’d get seasick and spend my days holed up in my bunk, trying to hold very still – but it turned out the roll and the pitch of the boat had little effect on me.

“Tonight, the sea may be a little rough”, – captain Ludwig announced on our second day at sea. And he wasn’t exaggerating: as the darkness set, the waves grew bigger and bigger until our little boat was flying with the wind, swaying madly between the mountains of water. Roaring white foam crashed over the deck, and the Stahlratte shuddered and sighed as the howling tailwinds carried her over the dark waves. Wrapped in my trusty sleeping bag, I sat on the upper deck looking up at the starry skies until midnight. 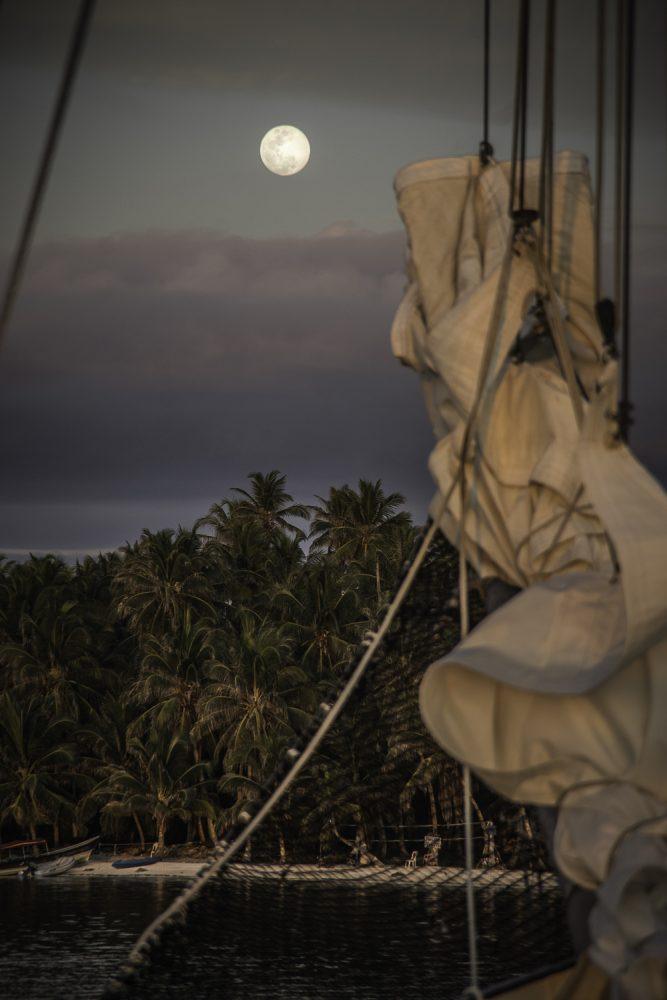 When we finally arrived at the port of Cienfuegos in Cuba, I wasn’t sure what to expect. Cuba, the pearl of the Caribbean, was a completely blank spot in my brain. Sure, I’d heard about Fidel Castro and Che Guevara, the salsa and the cigars – but what was the island really like? 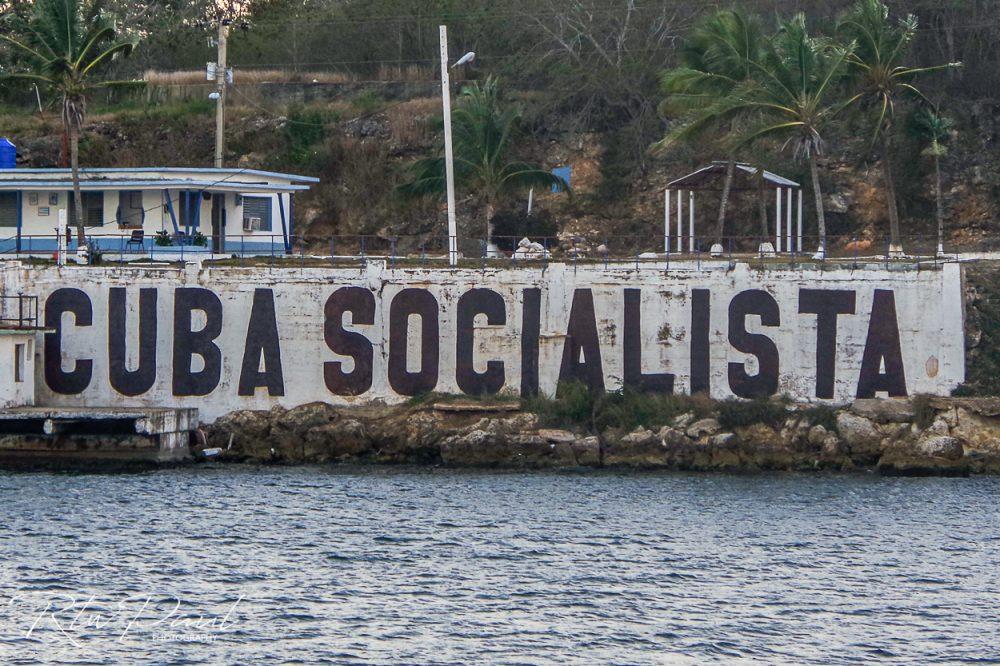 Eerily familiar, I thought as we rode the half empty streets of Cienfuegos. At first, I couldn’t quite put my finger on it, but then I realized: despite the beautiful but derelict French and Spanish colonial buildings, despite the wonderful Spanish dialect and the palm trees, Cuba looked a lot like home  some thirty years ago. Much like Soviet Lithuania back then, Cuba now was still under a communist regime: the streets in Cienfuegos were empty save for an occasional Chevy Bel Air or a Lada, the shops were few and far between, and the only advertising on billboards and buildings was boasting the virtues of the Party, the Revolution, and of course, Fidel. 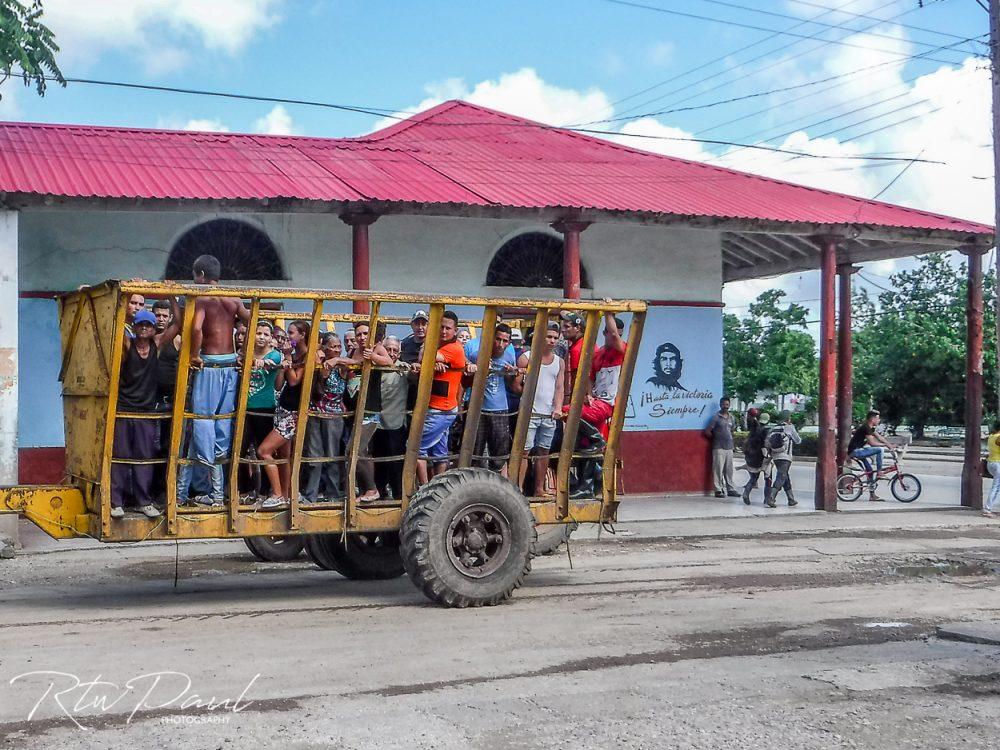 “There’s only one party in Cuba – no opposition is allowed. 90% of the businesses and companies and 100% of the media are owned by state. There’s no unemployment, and medical care and education are free, sure – but you can still land yourself decades in jail just for listening to the “wrong” kind of music, or for being “delinquent”. Activists and journalists are still routinely fined, roughed up and incarcerated. Although Fidel is dead, and Raul Castro has stepped down, this is still very much a totalitarian regime”, – explained Susan, an expat Brit living in Trinidad for over five years now.

But the gloom and bleakness of the Cuban system failed to dim the amazingly colorful and vibrant everyday life. Street music and art in Havana brimmed with spirited energy and talent, salsa dance studios were booked full, and in Santiago de Cuba, you could still taste the best mojitos in the Caribbean. And every single Cuban had an exceptional story to tell. 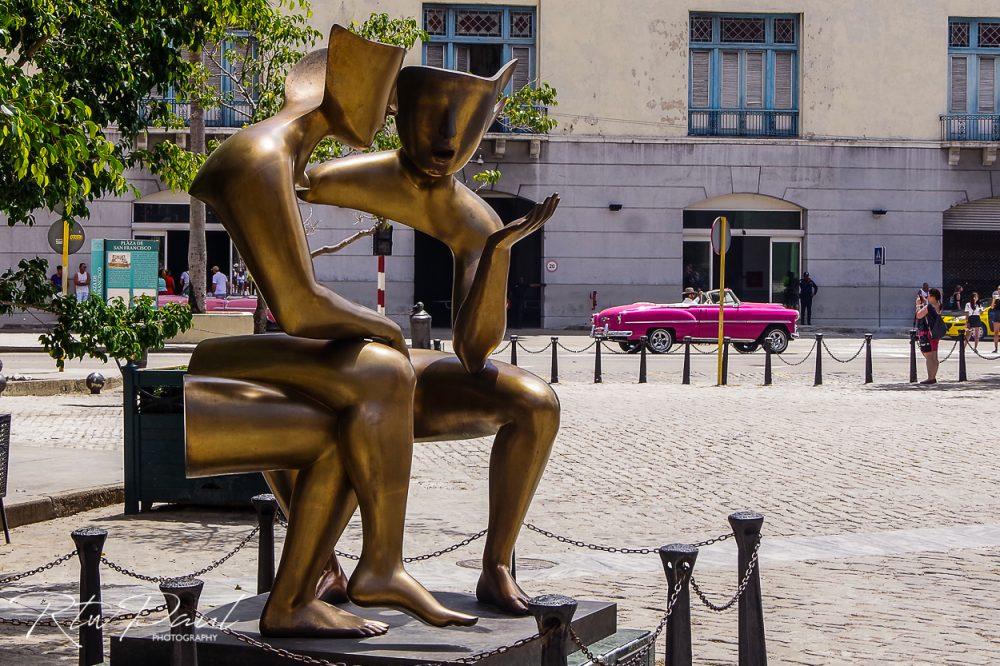 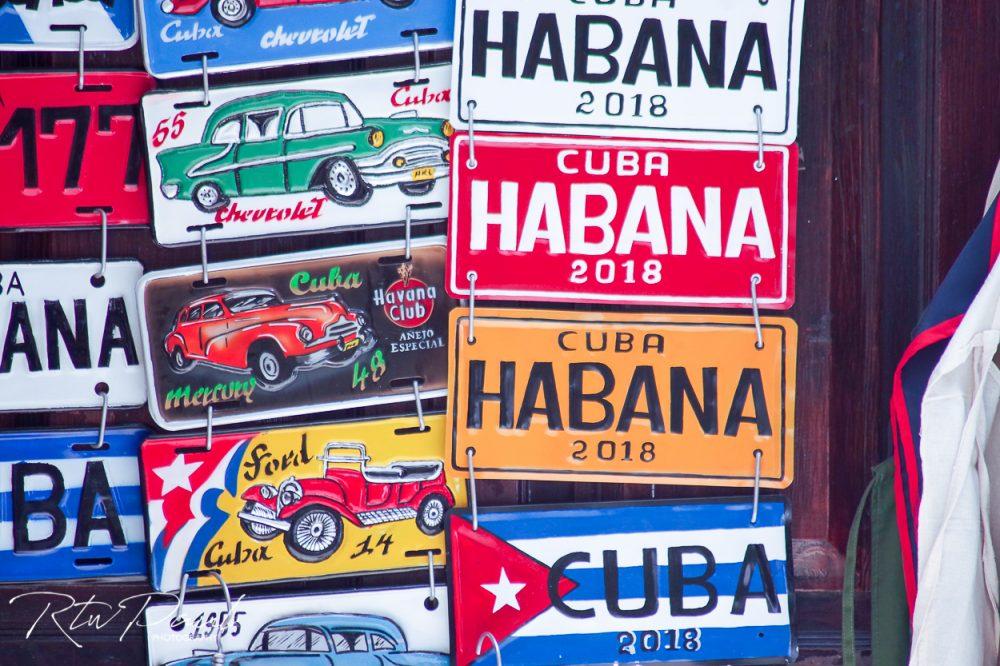 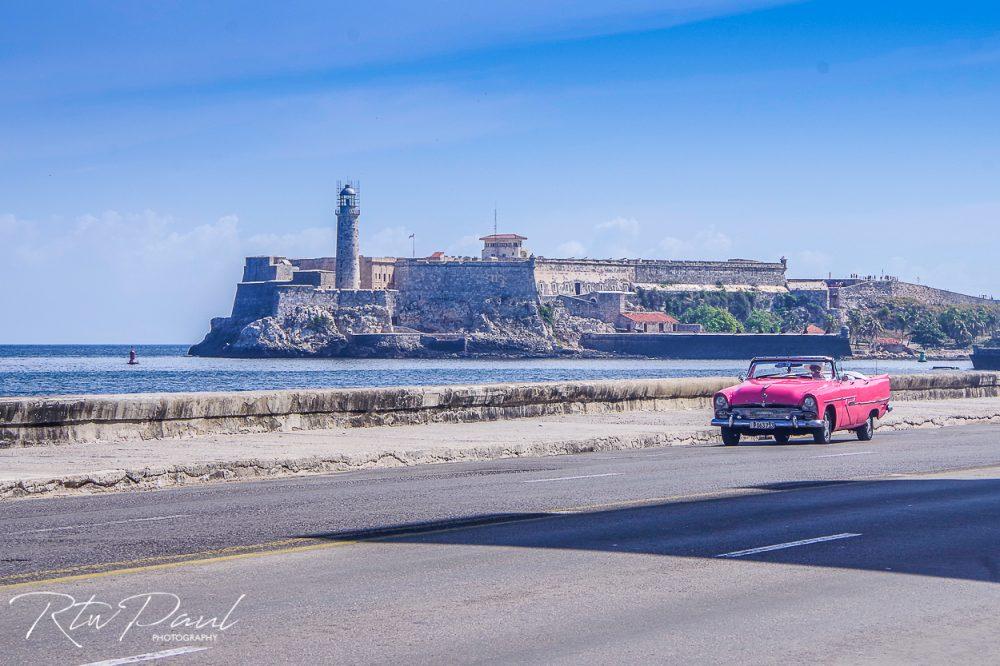 “I’m a poet”, – proclaimed Haydee, and elderly woman selling sweet coffee and gossip from her derelict little apartment in Old Havana. “I’m also a writer, and a peculiar person of culture. Come on in… let’s talk about love, and life”, – she smiled and motioned us to come inside. “Here in Cuba, we all live a double life: on the outside, it’s all party this and Fidel that… On the inside, we write poems about freedom. And the only way to stay sane in this double-think world is dark rum and the darkest humor”, – Haydee concluded. 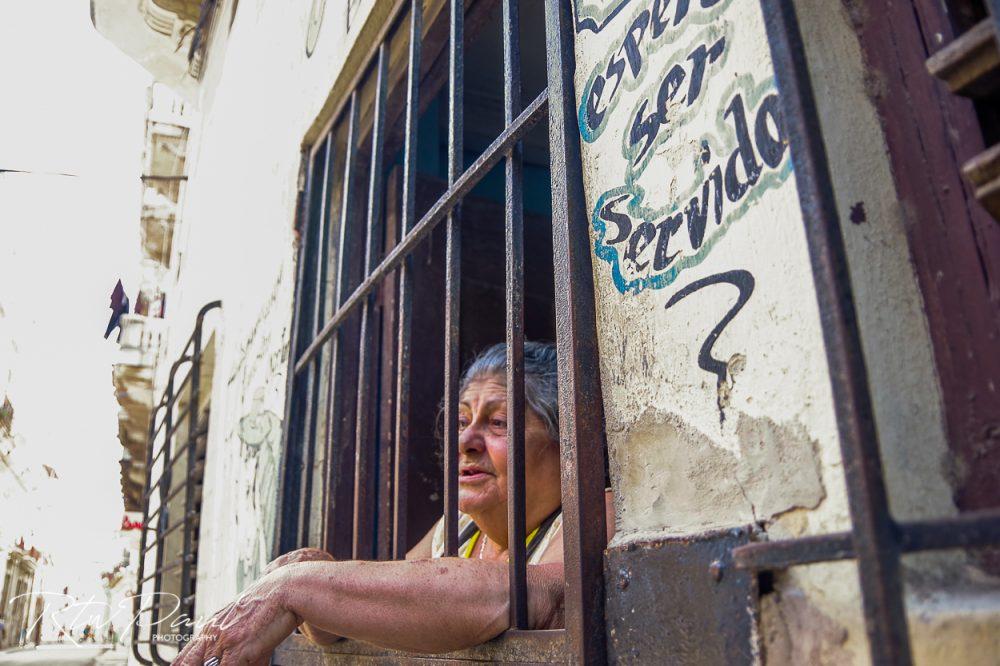 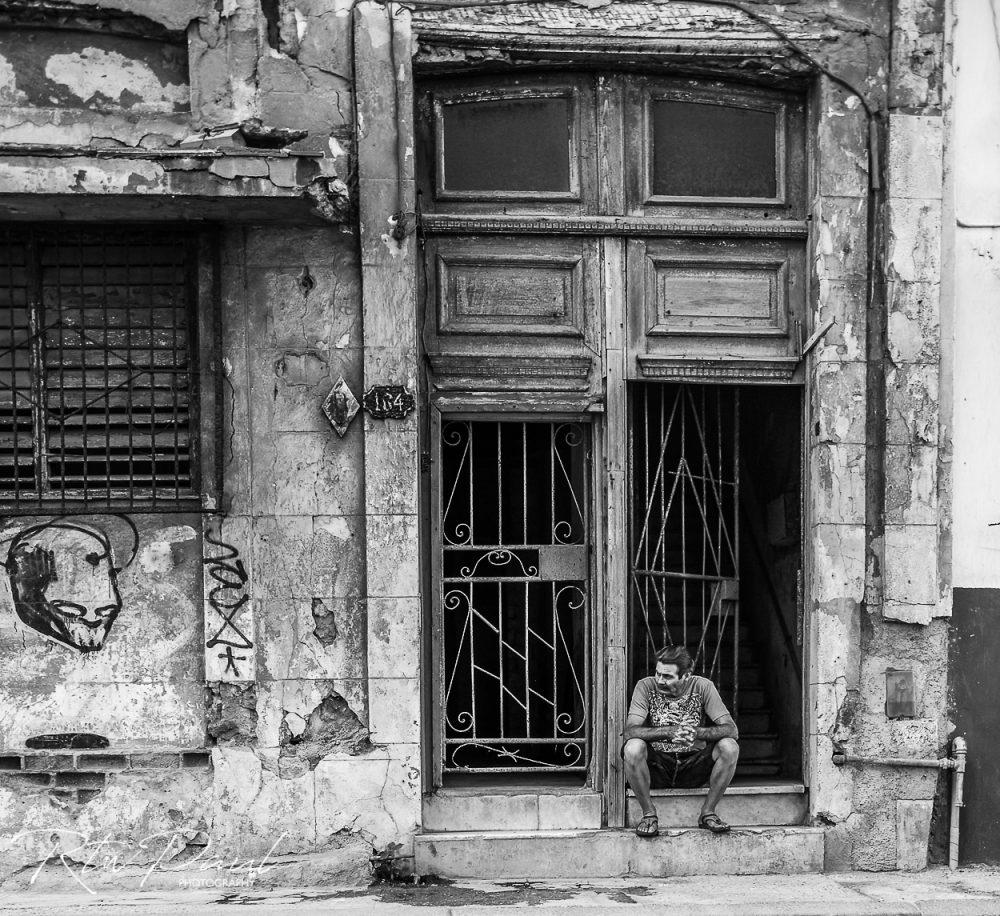 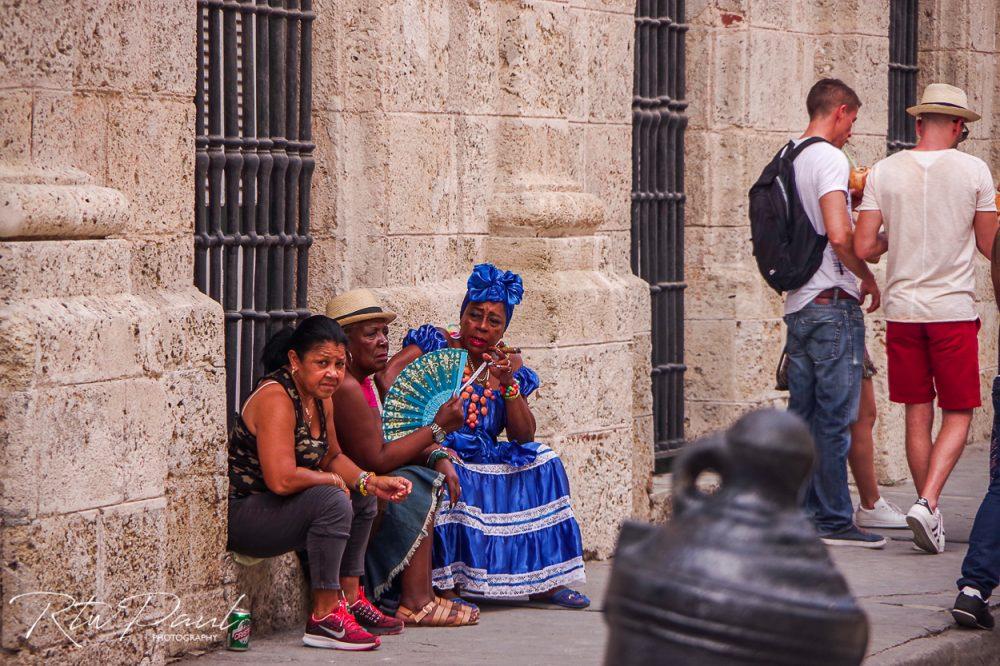 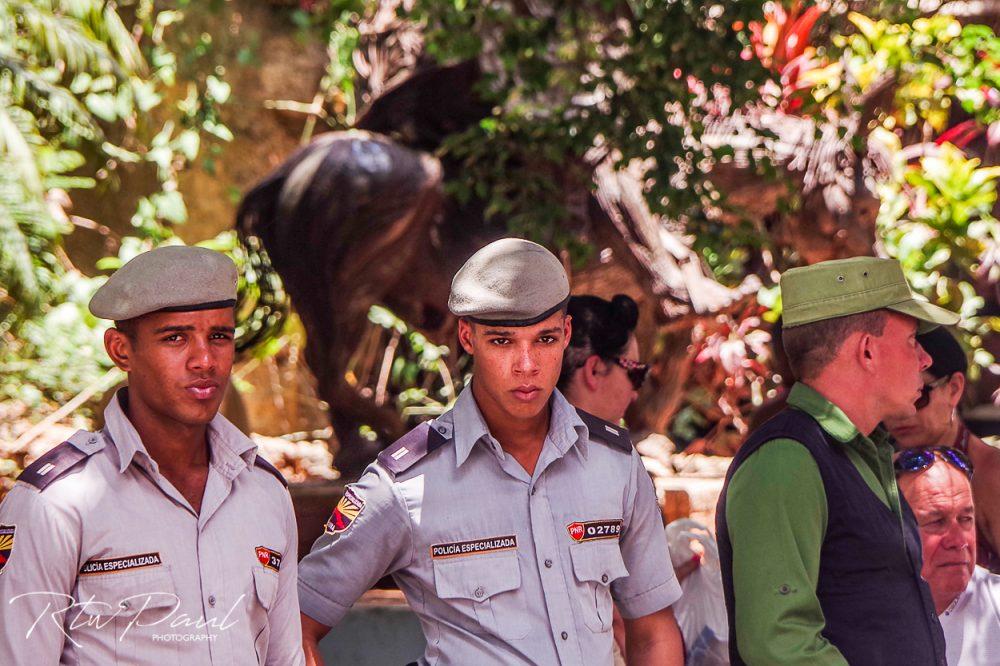 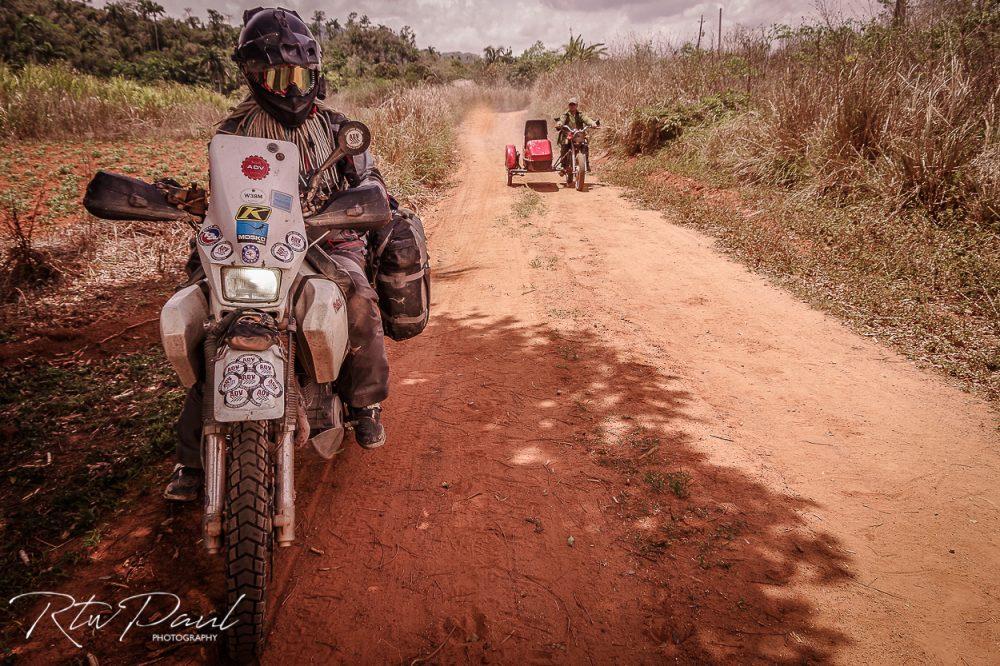 Everywhere we went, people smiled and waived at us, inquiring about our monstrous bikes – in Cuba, the biggest motorcycle a civilian can buy is a 125cc – and our weird routes on off-road tracks. Horse and ox drawn carts were still the main means of transport in the smaller towns and villages: because of the economical blockade, cars and motorcycles cost astronomical sums of money here in Cuba, and only a select few could afford them.

“An old “Lada” car can cost anywhere between $15,000 and $25,000 here, a small 125cc “Jawa” or “Minsk” motorcycle – about $5,000. And even then, it’s nearly impossible to maintain them because you just can’t get parts. Sometimes, people wait years before they can get new tires”, – Rodolfo, a motorcycle enthusiast we met just outside of Camaguey, explained. “There’s no credit, and the average salary in Cuba is $30. So most people can never afford a car or a motorcycle”, – he added. 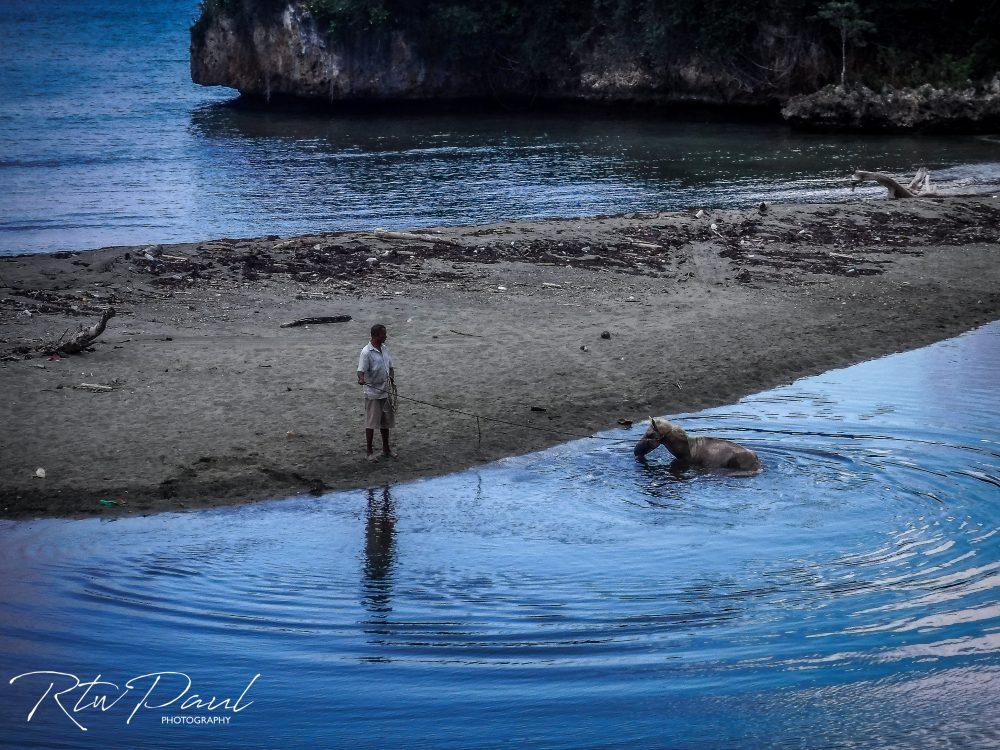 Most roads in Cuba seemed in a bad state of disrepair: crumbling pavement, gradually eaten by seawater or taken back by the jungle, roads pockmarked by deep potholes and washed out by heavy rains. Riding off-road felt easier than negotiating the tarmac highways, and wherever we could, we’d try our luck on the smaller graded farm tracks and jungle paths, crossing streams and rivers and enjoying the peace and quiet of the forests and the beach, red Cuban earth clinging to our tires. 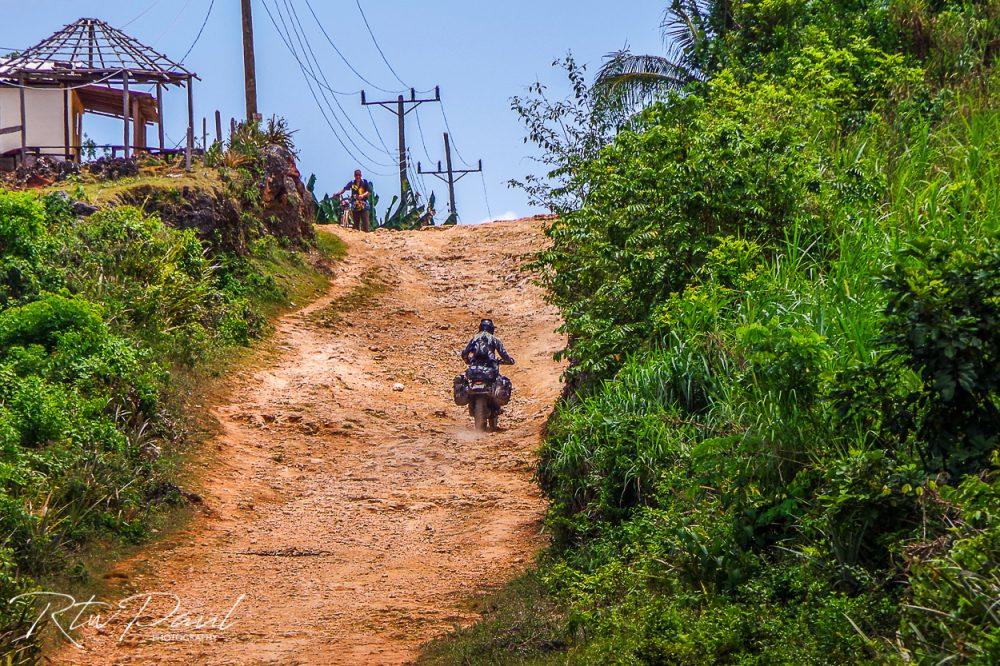 A World of Whispers

Traversing the island eastward, we’d stay in casa particulares – private home stays, whose owners, state permitting, rented out rooms. Welcomed and treated like old friends in each casa, we’d catch snippets of conversation: is Cuba changing? Will things be better with the new president? Is the internet making it easier for Cubans to navigate the world they’re still cut off from? 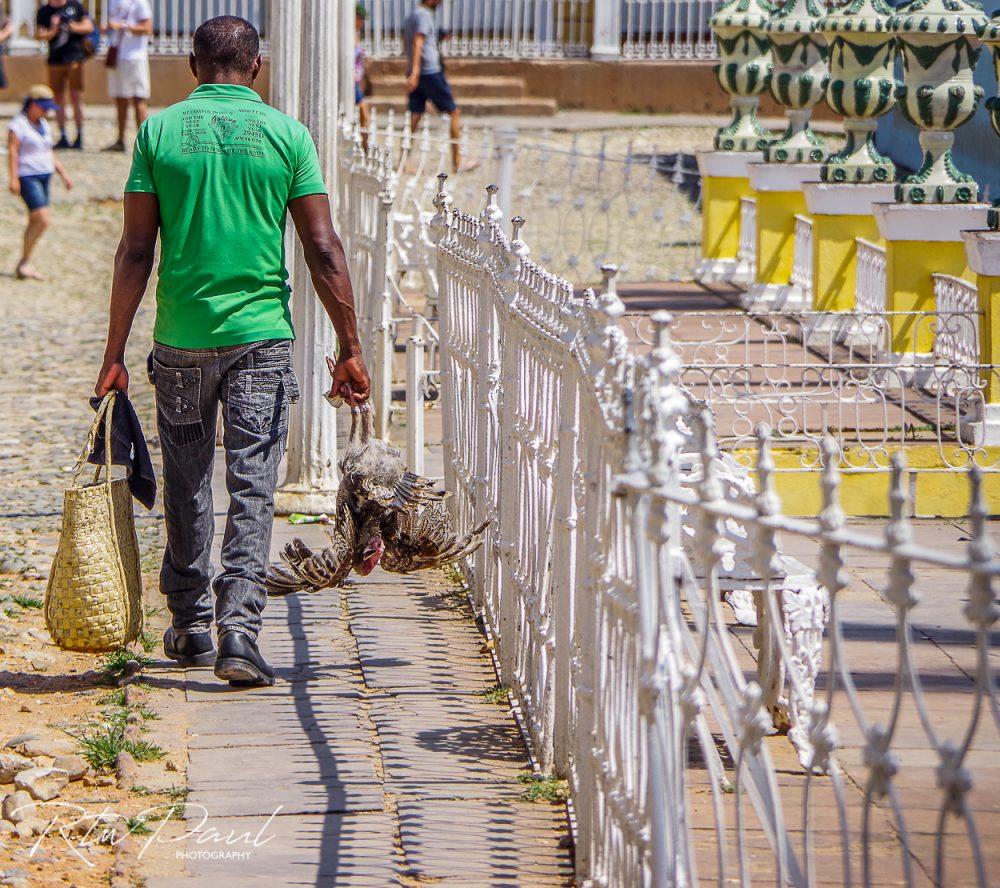 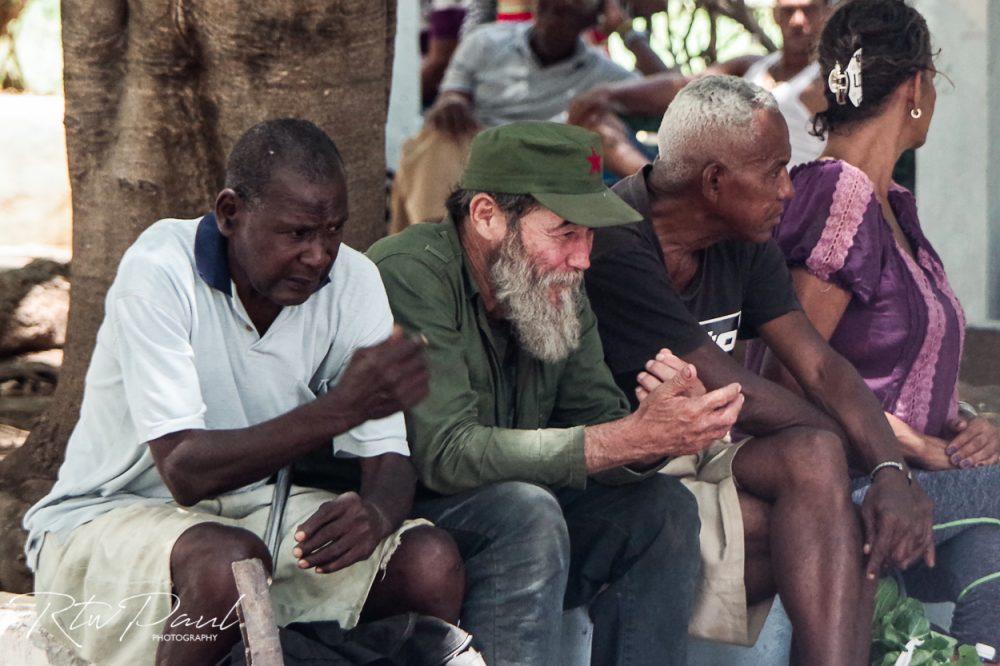 “The new president was elected by the Party’s Central Committee, not the people, so I doubt that much will change”, – said senor Amado, our host in Trinidad. “But things are generally looking up – we can now own some property, the internet access is better… We don’t need exit permits to travel anymore. Of course, getting visas to Western countries is still difficult. But at least now, it’s possible”, – he added. 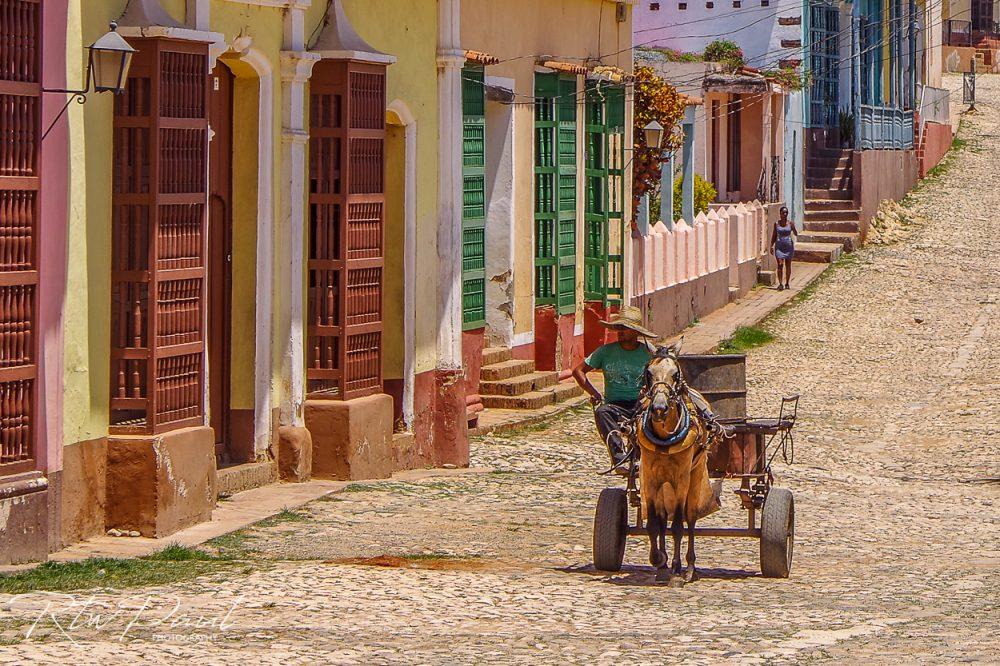 “There are a lot more tourists here now, and it definitely helps. My granddaughter has this thing, this internet on her phone, I don’t know what she does with it – but she gets travelers to stay in our home, and it’s a great help”, – tia Yolanda, our host on the coast of Tortuguilla, explained. “Not many people used to come here…if any. But now, with every year, we get French, German, Dutch tourists. We even built a little extension to the house!”, – Yolanda exclaimed, showing us around proudly. 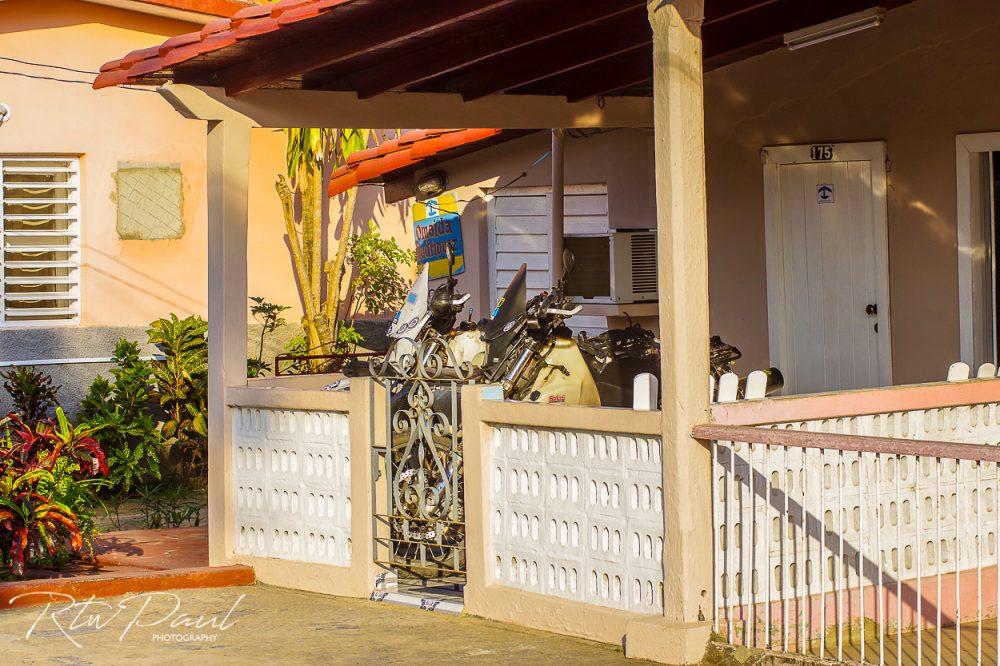 “Would you like a cold drink? It’s such a hot day”, – a farmer on a jungle road to Bayamo asked, finding us catching our breath on the side of the road. “Nobody uses this road anymore. Take care!”, – hospitality and kindness seemed to be ingrained in every Cuban’s blood just as much as the love for music and poetry.

Three weeks were nowhere near enough to get to know Cuba: you’d need a lifetime just to scratch the surface. As we sat talking and drinking rum on the last days in the marina of Santiago de Cuba, waiting for Captain Ludwig to bellow his “all aboard!”, we’d hoped we could come back some day, somehow, and stay in Cuba for much longer. 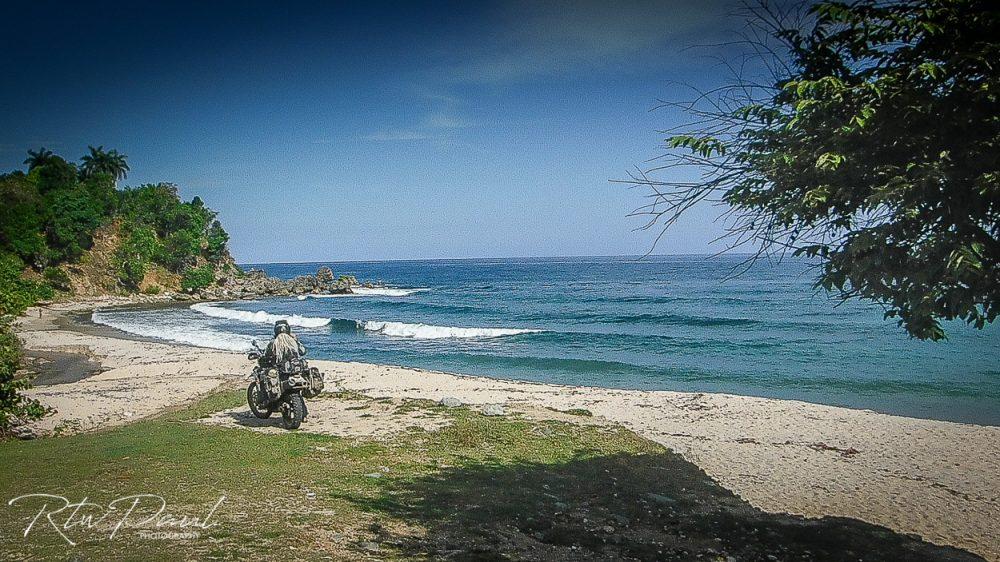 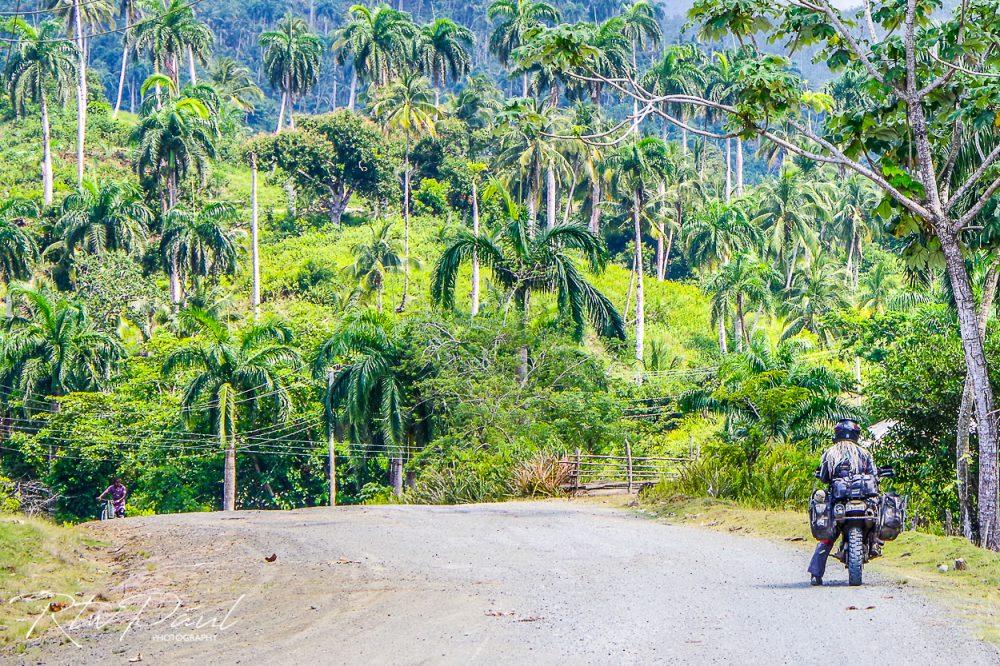 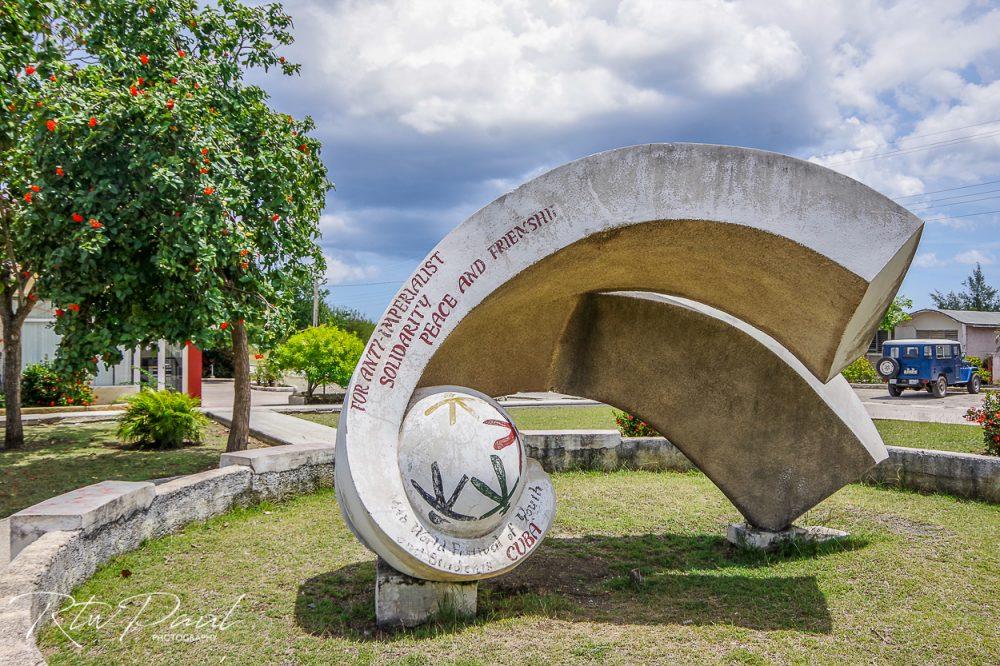 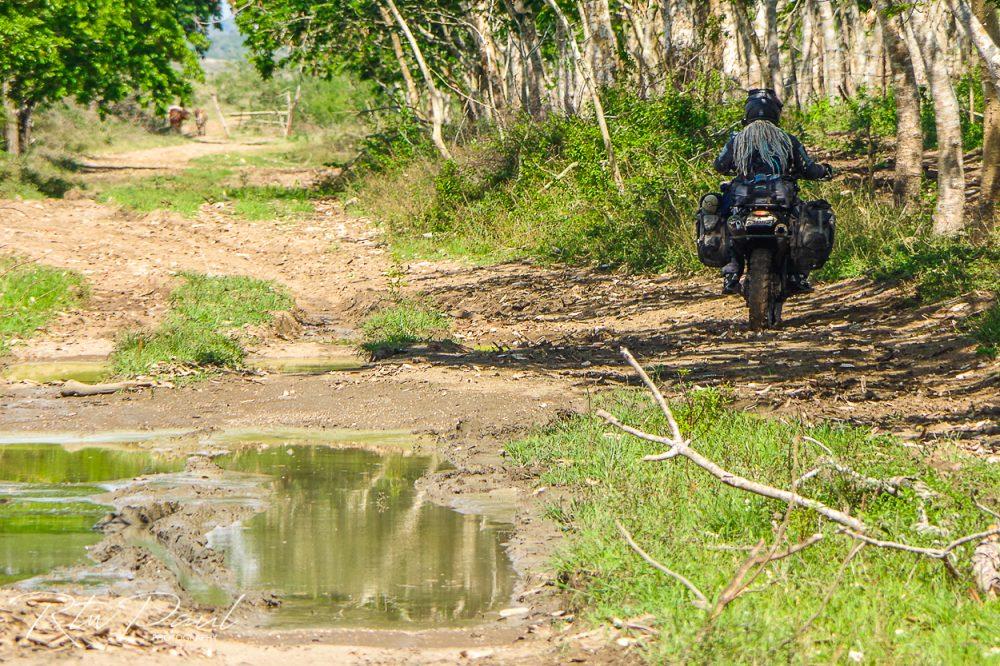 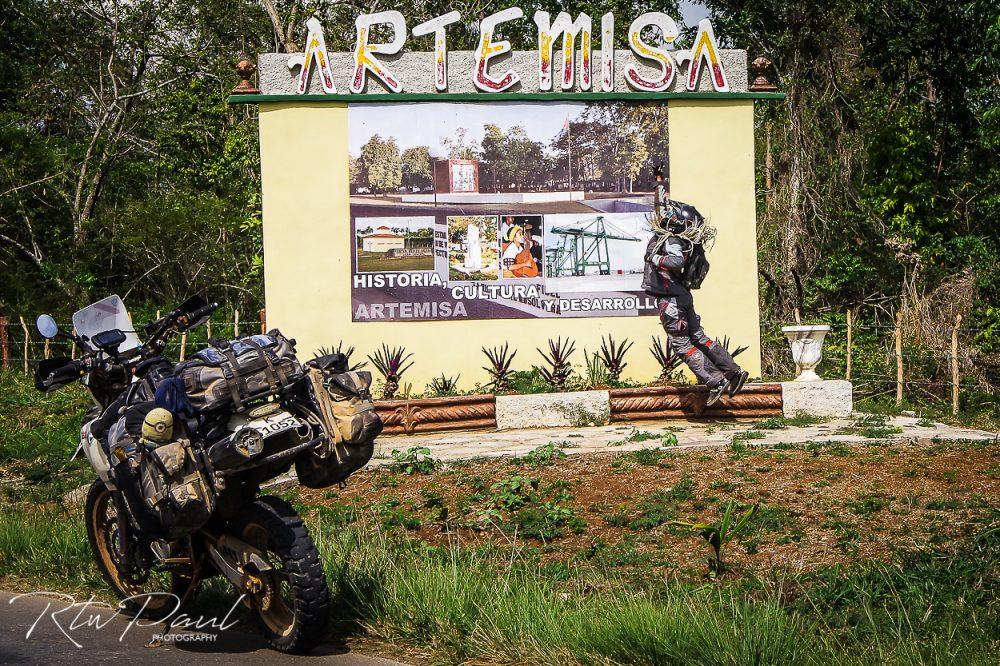 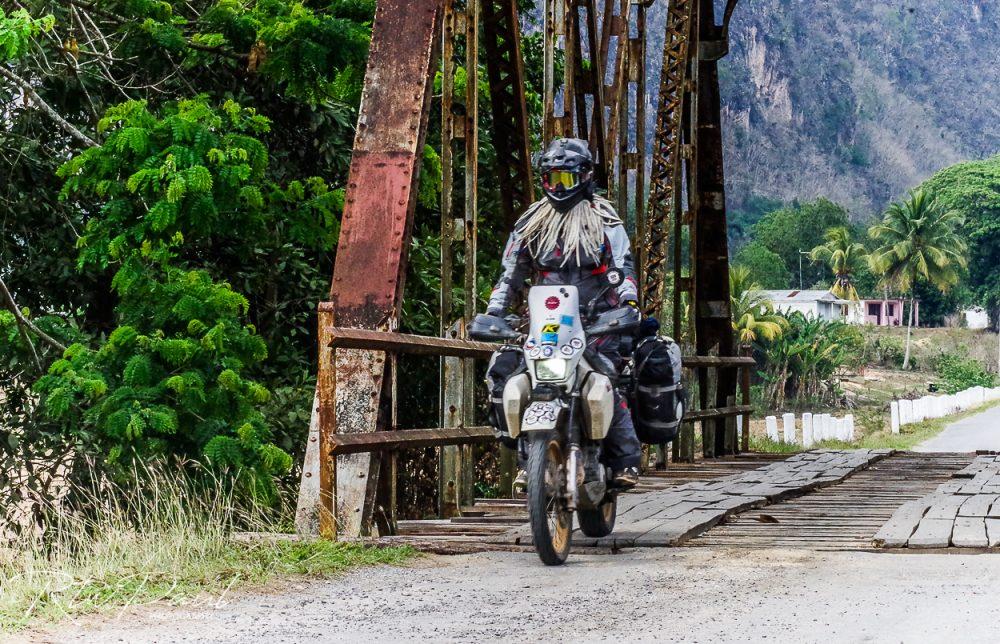 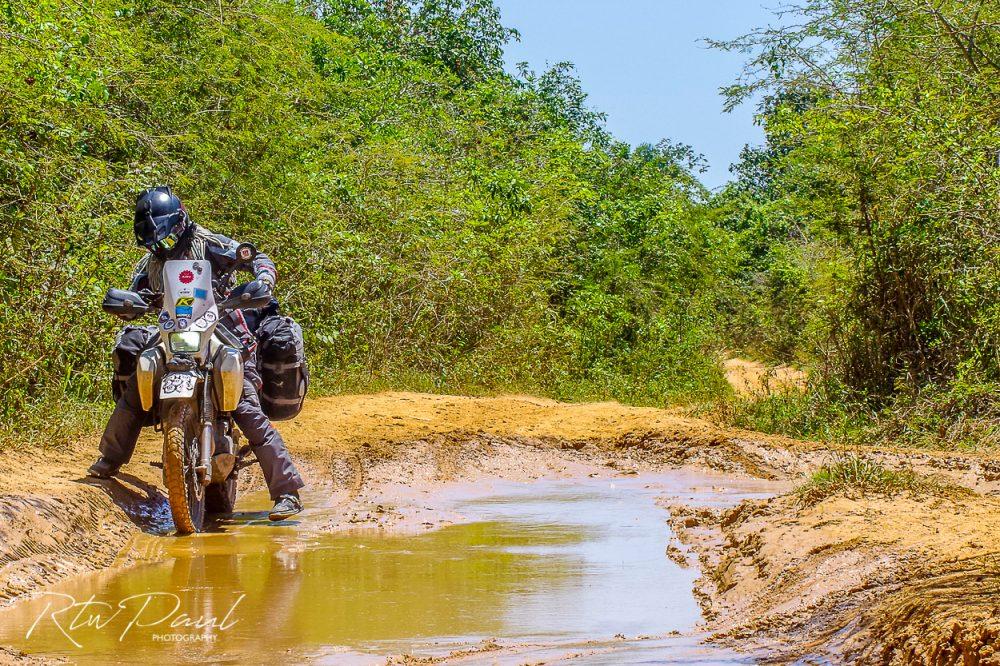 A land of whispers and longing, music and love, melancholy rainforests and perfect white sand beaches, hospitality and kindness – “oooh, querida Cuba”, trailed a melody of the Buena Vista Social Club as our boat glided slowly across the turquoise blue waters of Santiago Bay.

Plan riding motorcycles in Cuba? Here’s what you need to know:

PrevPreviousGetting Your Bike on a Center Stand: A Rider’s Dilemma
NextRiding A Motorcycle Around the World: Expectations, Reality, and RelationshipsNext