For sixteen days, Alexandra “Ola” Trzaskowska and nine other women rode their motorcycles in Kyrgyzstan. But the locals were far from surprised: in this little mountainous country in Central Asia, women riders are a common sight.

“Except they don’t ride motorcycles – they ride horses”, – laughs Ola. According to her, the Kyrgyz society is incredibly gender-neutral: even in the most remote mountain regions, women ride and even hunt alongside men. “This is a nomadic country, and life can sometimes be very hard. Women are as valued as men, because they do their share of the work. We’ve seen truly impressive horsewomen in Kyrgyzstan”, – she adds. 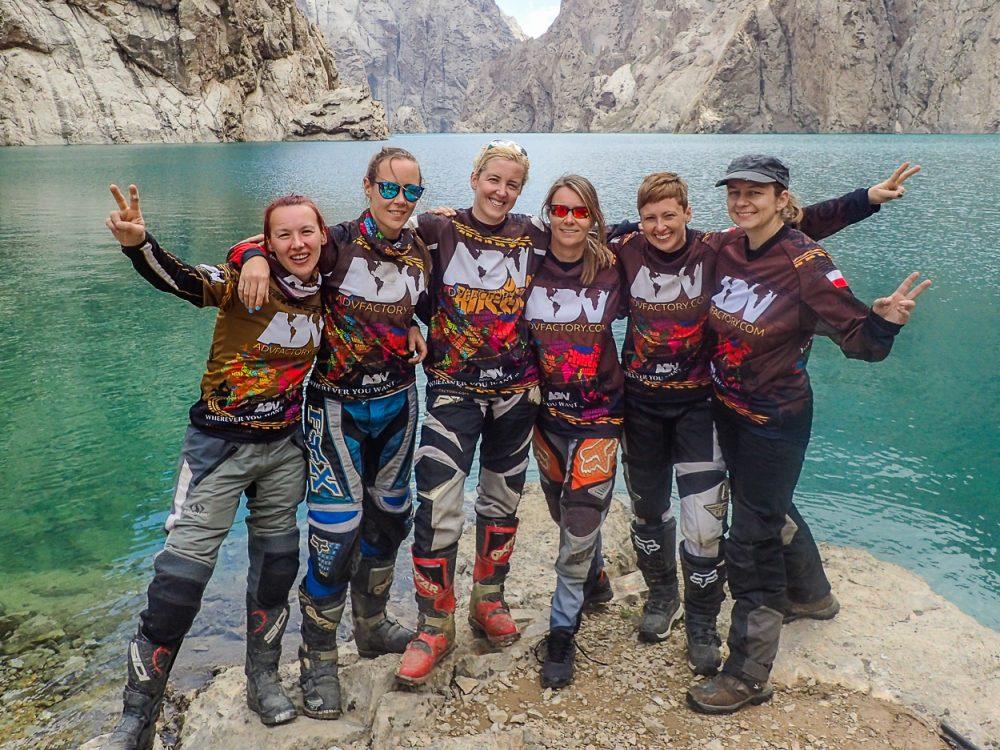 But what possessed ten motorcycling gals to set out on an expedition to Central Asia in the first place? “Kyrgyzstan is an incredibly beautiful country, and it’s an off-road riding heaven. We wanted to see places off the beaten path, to truly explore the mountains, meet the locals, wild-camp…in other words, we were after an adventure”, – explains Ola.

And adventure it was: although the women’s off-road skills ranged from very experienced to novice, they all managed the hard riding, the river crossings, and the single tracks just fine. 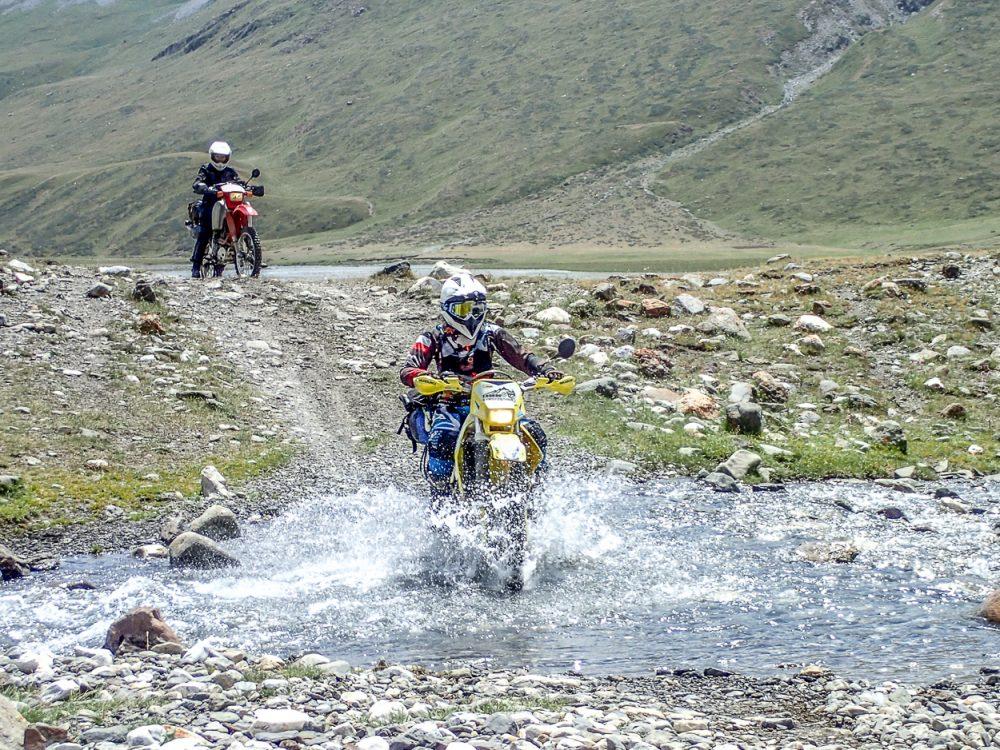 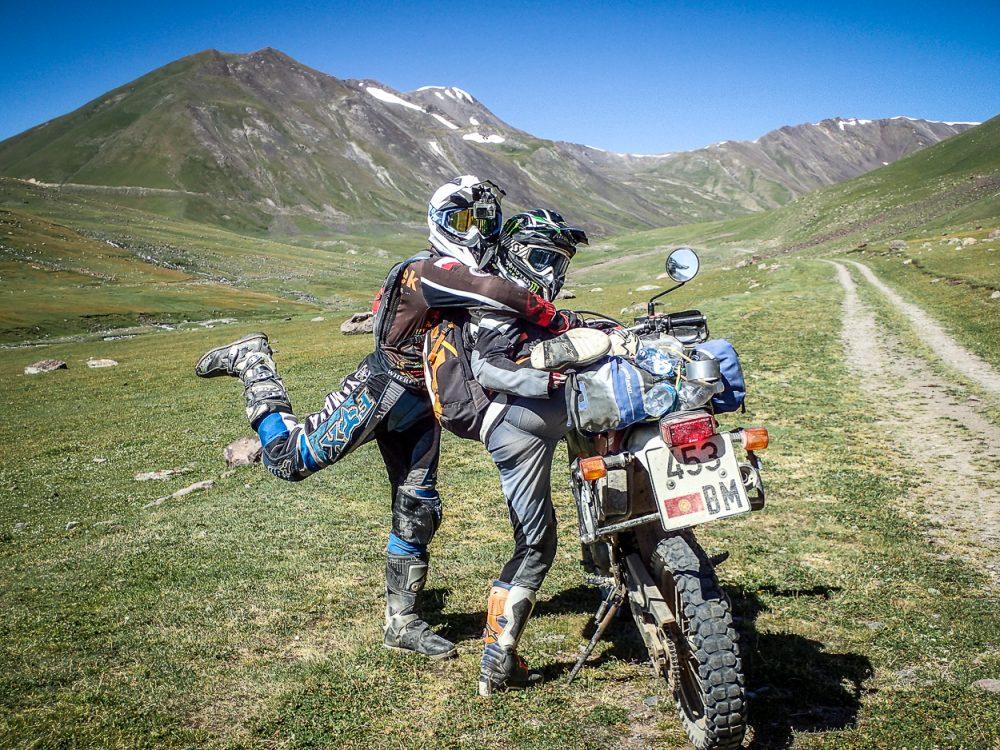 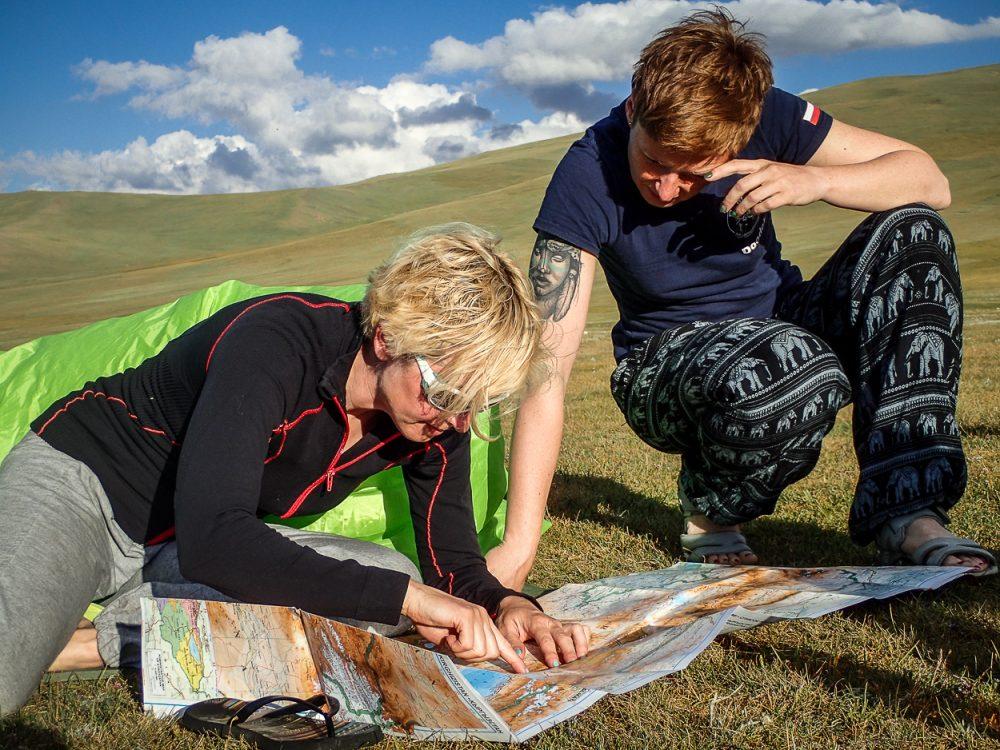 “It was awesome seeing the gals working as a team so efficiently. When the river crossings got tough, the more experienced riders rode others’ bikes across; we all just helped each other, and we made it – as a team!”.

According to Ola, people often have a misguided idea of what women’s motorcycling adventures might look like. “It’s often assumed that women prefer safer roads, comfy hotels, and SPA treatments. Well, it couldn’t be further from the truth: we slept under the stars, in our tents or in Kyrgyz yurts, we rode hard off-road and washed ourselves in creeks and streams. Women love being in the wilderness! We love challenging ourselves, pushing ourselves to go farther and ride harder. I can’t tell you how happy and proud all the women were at the end of this trip: a lot of them thought, at times, “this is too much, I don’t think I can do this” – but they all did it, regardless. It’s such a sense of achievement”, – says Ola. 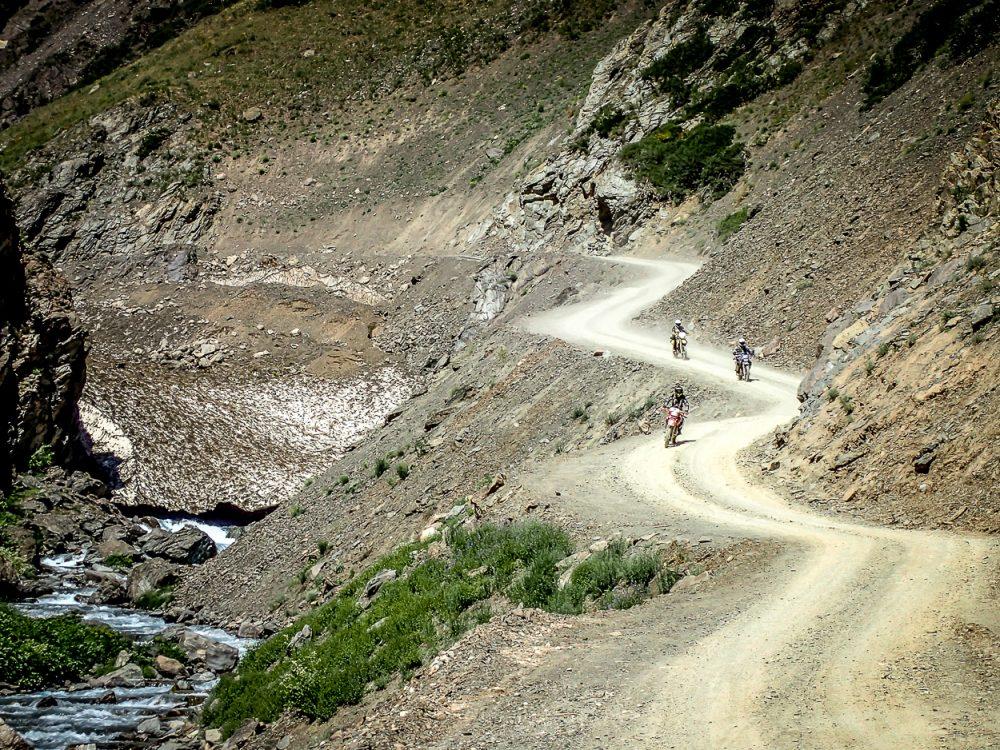 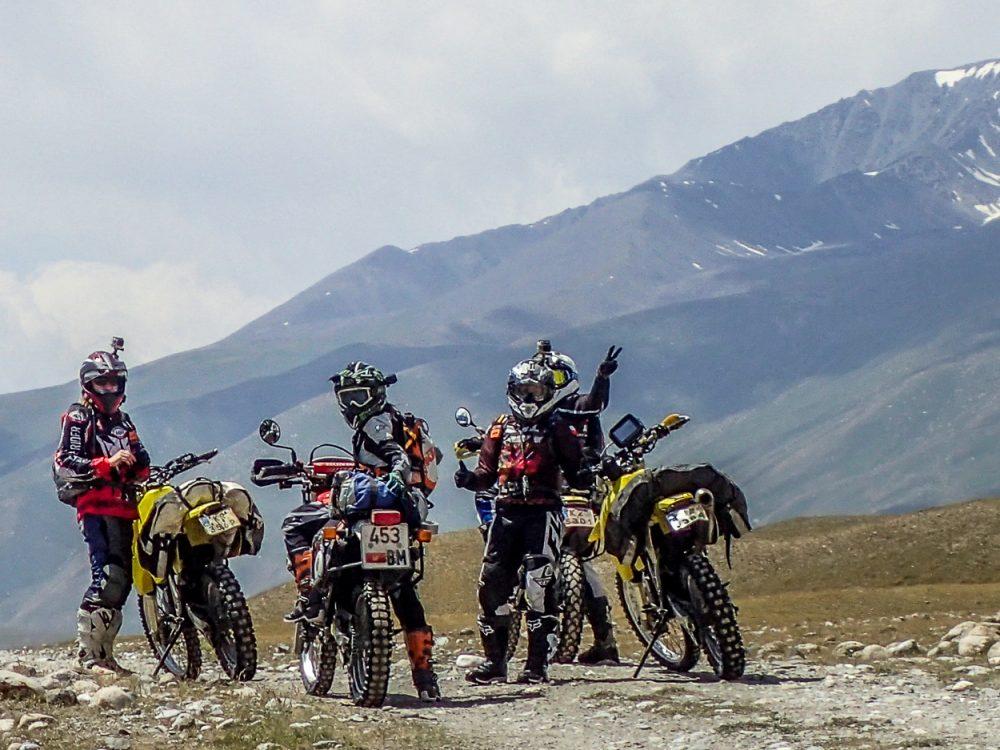 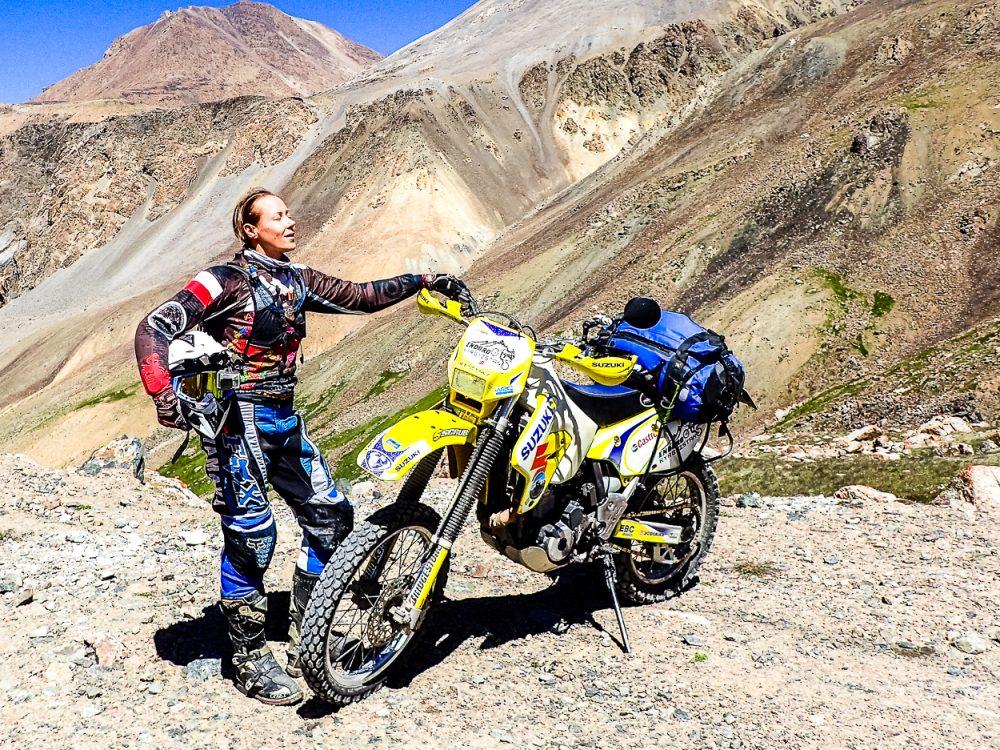 She thinks adventure motorcycling is gaining traction among women because it’s so much more accessible now. “The culture is palpably changing, I think. Motorcycles aren’t solely associated with men any longer. When people think of motorcycles now, they don’t necessarily just think about dudes. Women are earning more and more money, they’re more independent than ever, and can focus on what they really want to do. I think adventure motorcycling is also getting trendy, kind of like triathlon, marathon running, or CrossFit. It’s becoming just another hobby now, and I’ve no doubt that women’s numbers in motorcycling will only continue to increase”. 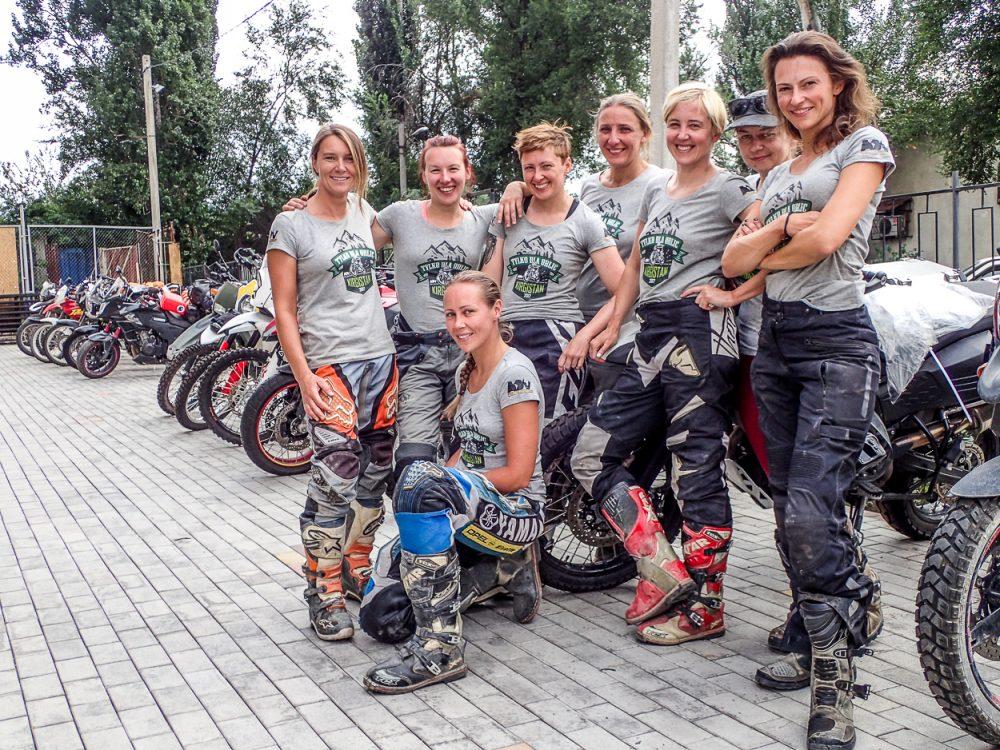 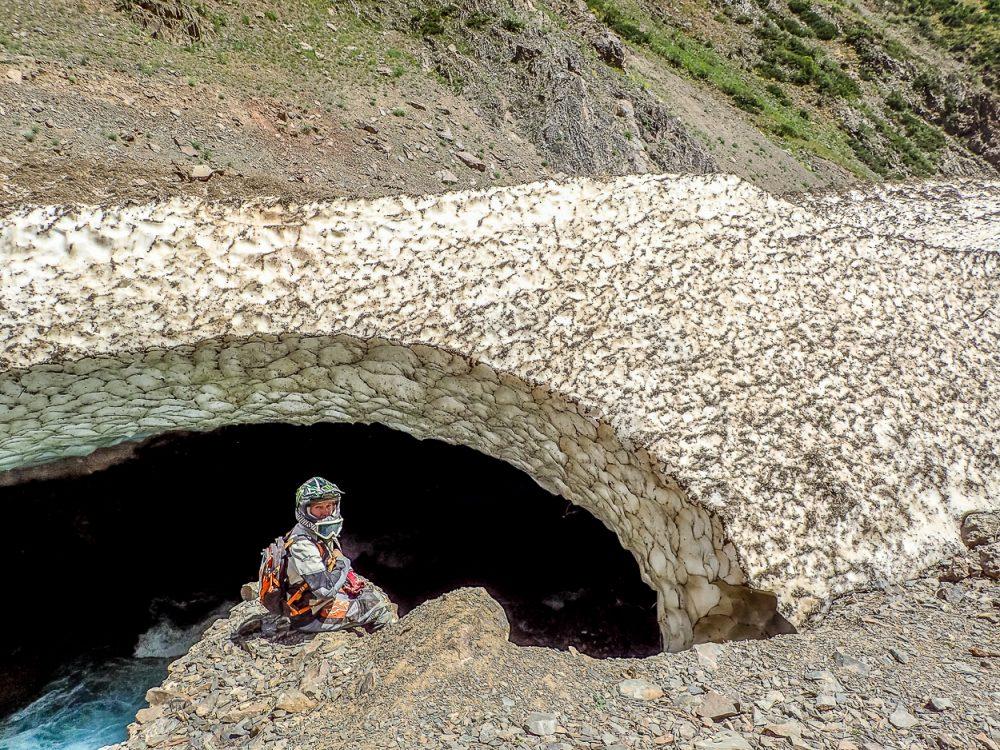 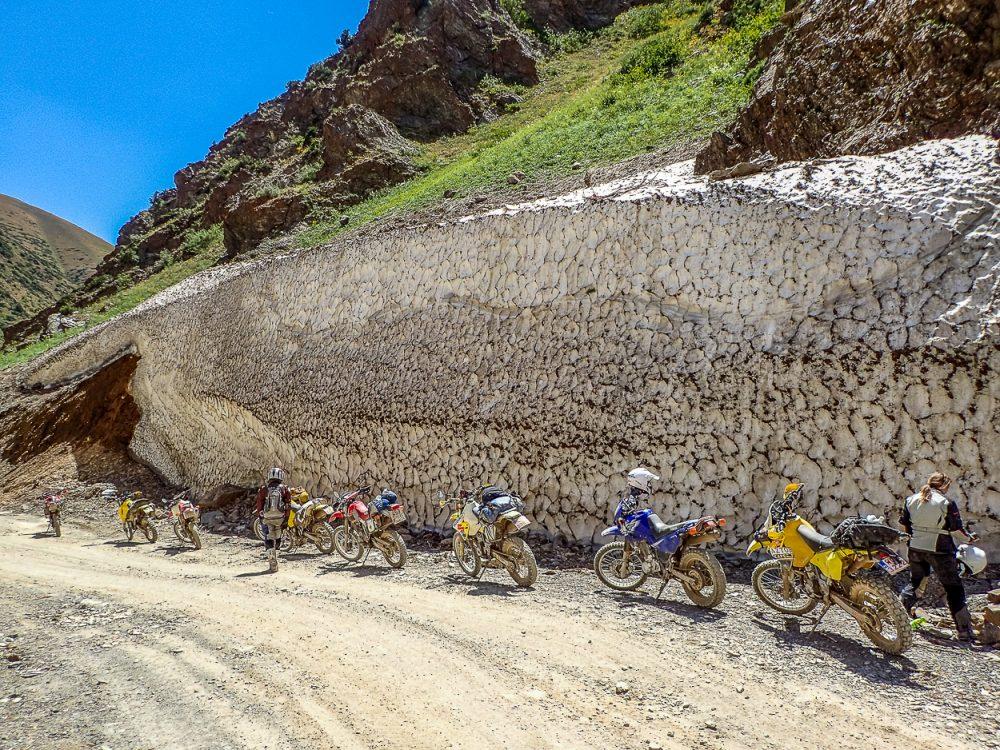 Kyrgyzstan isn’t a popular tourist destination by any means, but according to Ola, this is a perfect country for adventure riding. “The Kyrgyz are horsemen, and out in the countryside, in the mountains, we sometimes saw wild horses. That feeling, when a herd of horses is galloping right next to your motorcycle, is just indescribable! The local people are very hospitable and curious-whenever we rolled into villages, children would immediately crowd our bikes asking if they could sit on them, and adults were just as inquisitive. I don’t think we received any raised eyebrows when people realized we were women, though. The Kyrgyz society is refreshingly egalitarian”, – claims Ola. 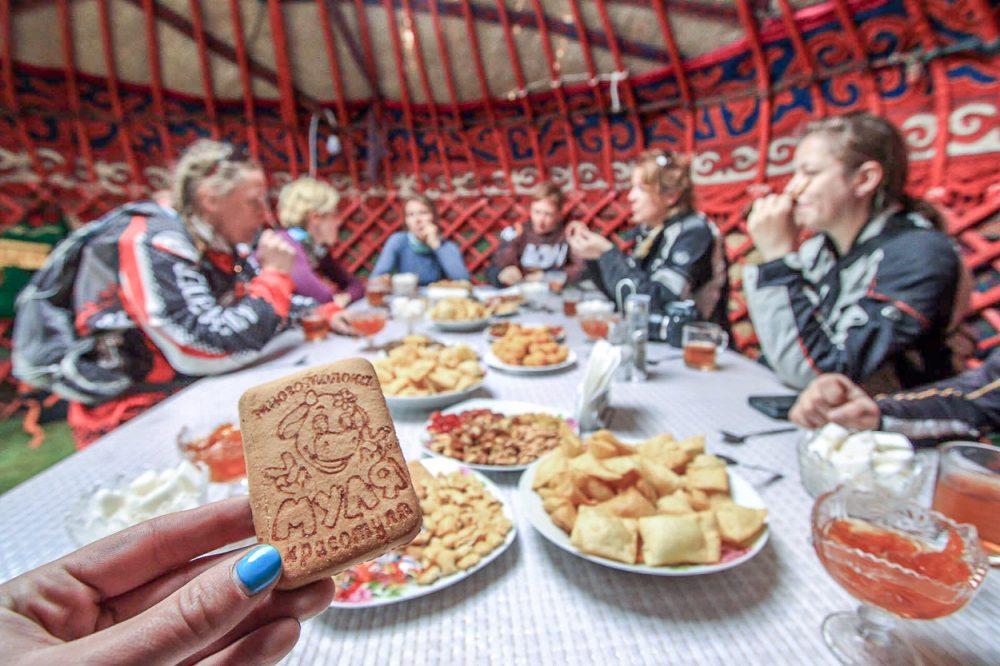 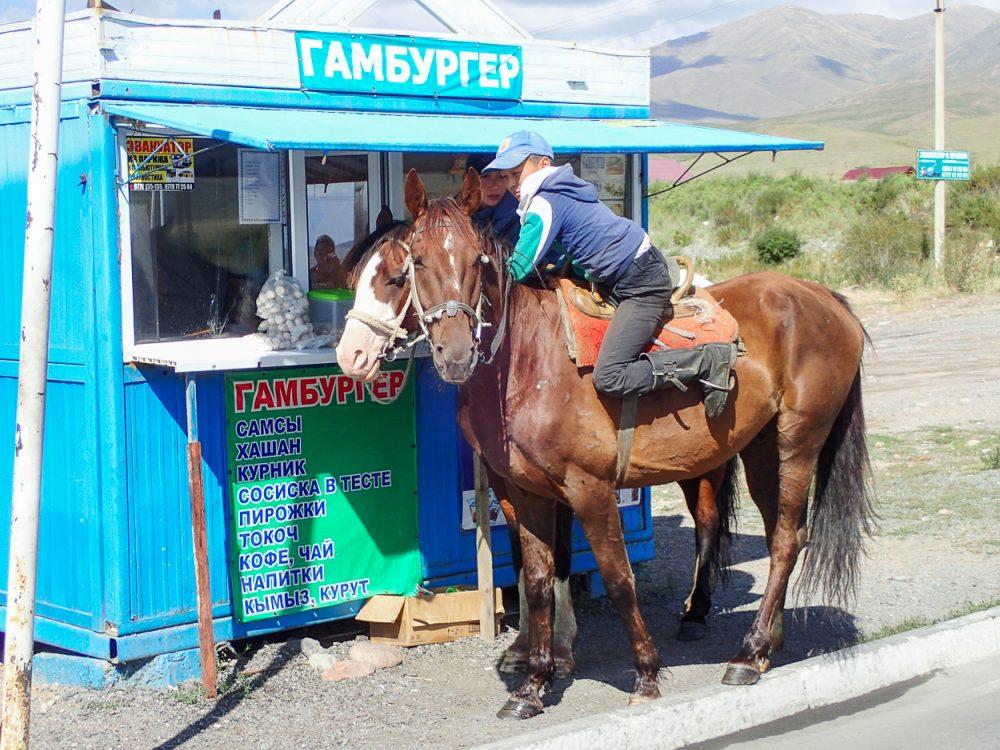 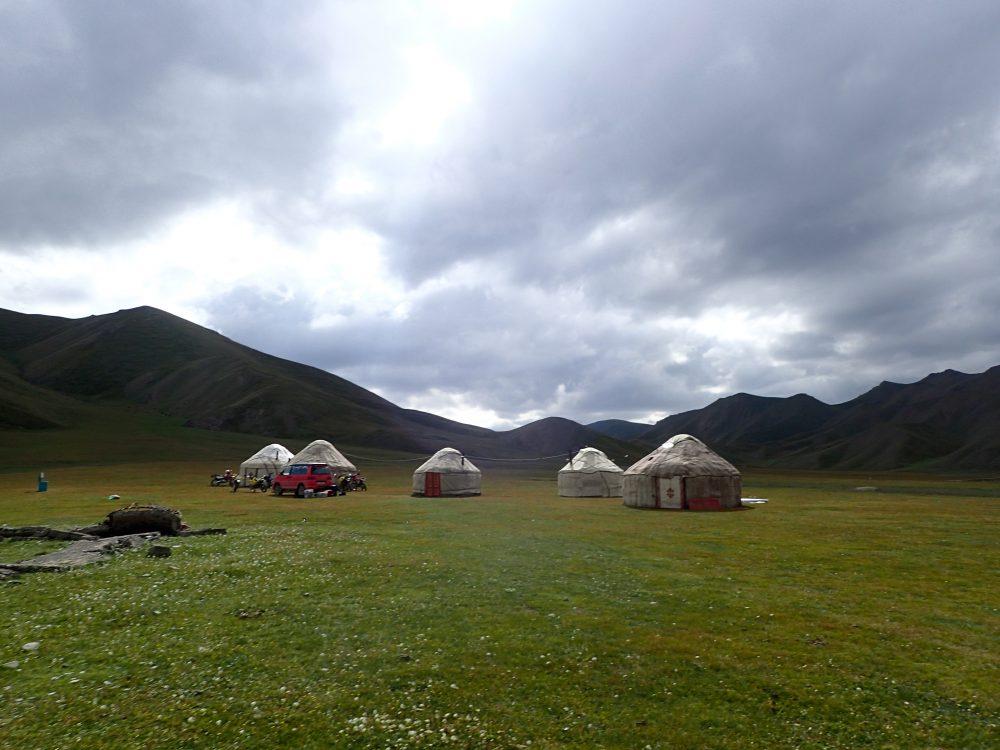 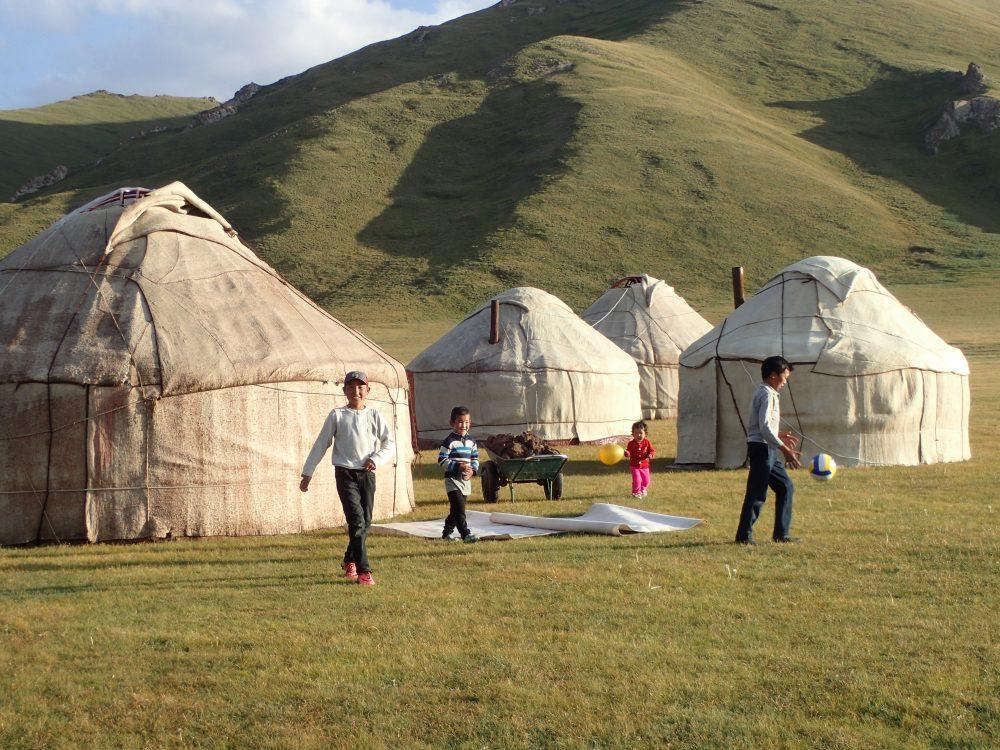 According to her, the only time when they managed to impress the locals was in the capital, Bishkek, where they were stopped by the police – for speeding. “Kyrgyz police are notorious for being corrupt, so when they stopped us, my heart sank. But when all ten of us removed our helmets and the officers saw we were women, their faces relaxed and they just started smiling. They let us off with a warning”.

If Kyrgyzstan is starting to sound good, Ola adds it’s perfectly safe to travel there as a woman, even if you’re going solo. “The only thing I dislike about the Kyrgyz is that they love to drink – but when they get drunk, they don’t become aggressive, they simply party and sing and yell. Of course, if you go out at night in Bishkek on your own and get wasted, you’re taking a risk – but you would in any other place if you acted like that. If you’re out for an adventure, though, and just want to explore the country, it’s very safe, and people are incredibly helpful”, – says Ola. 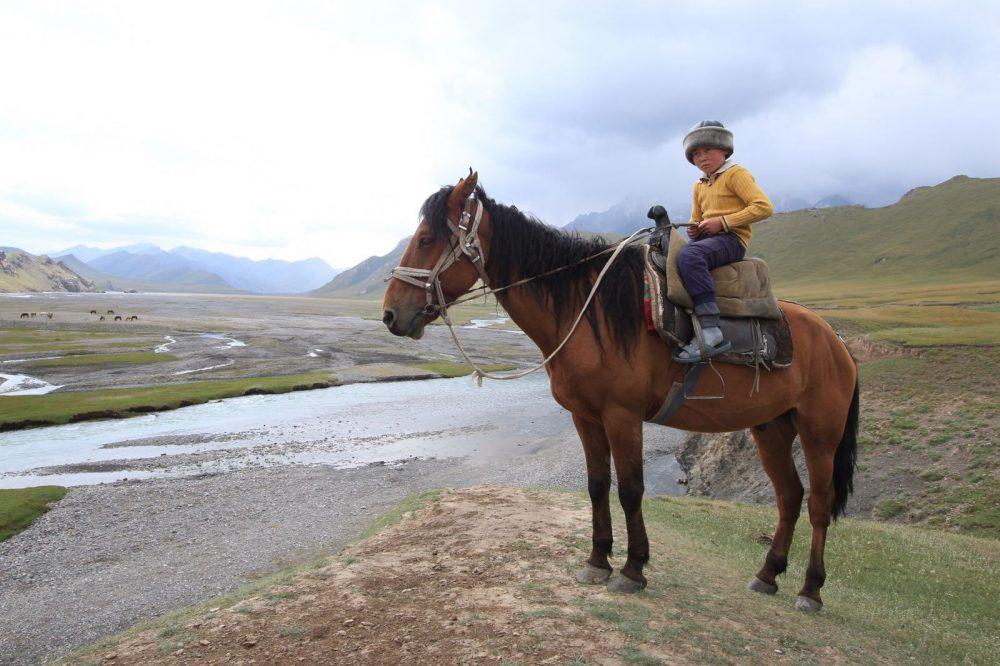 Ready to go? Here are a few pointers to help you out:

–          Have your own food. The Kyrgyz mainly eat goat and sheep balls, mutton stew, and fermented mare’s milk, so if you’re a little more conservative when it comes to food, have your own. Stock up in Bishkek!

–          Learn at least some basic Russian phrases: tourism is not very developed in Kyrgyzstan, so relying on English alone might not get you very far.

–          The nature there is very impressive but it dominates. If the weather is bad, it’s really bad, so check your forecast and plan accordingly.

–          Some places are extremely isolated so if you’re alone, take a more cautious approach to riding.

–          Best time to go to Kyrgyzstan is between the middle of June and mid-September. Before or after this time there’s heavy snow, and most mountain passes are impenetrable.

Want to ride with Ola? Book a tour HERE

PrevPreviousMosko Moto: The Luggage You Don’t Need To Think About
NextWinter is Coming: Riding in the ColdNext