#Metoo in the Moto Community: What the Polite Society Won’t Talk About

I have funny hair. Because I have funny hair, people are often curious about it. “How do you put your helmet on?”, “your hair looks cool – how did you do it?”, “hey, can I take a photo?” are questions I don’t exactly celebrate (I mean, it’s just hair!), but am fairly used to by now.

So when a seemingly lovely older man with snow-white hair, whom I was chatting to about adventuring and motorcycling for the past ten minutes, asked if he could take a photo with me, I smiled and nodded. Sure, why not?

After all, this wasn’t some random stranger. We were at Overland Expo in Flagstaff, Arizona, and there were no strangers here: we were all of the same community, same values, and same value, I thought. This was a friendly territory; everyone here was an overlander, a traveler, a fellow-explorer. This was one big, happy family. Surely, I was welcomed here. Surely, I was safe here. Surely, this nice man who resembled a benevolent Father Christmas and whom I was just talking to about bikes and travels simply wanted a photo with a somewhat quirky and fluffy, but equally accepted and respected person – me – and there was no reason to say no.

So imagine my shock, disbelief, and disappointment when, after his friend had taken a photo of us in a traditional “fellow traveler’s” pose – his arm on my shoulder, both of us smiling and holding thumbs up – the man said, “hey, can I tell my wife we slept together, hehe?”, winking and chuckling.

I think the expression on my face told him precisely how I felt about it, because the sleazy smile quickly turned into a sulky pout – hey, it was just a joke! – as he walked off with his buddy. I just stood there for a moment, unsure what to do. Yes, this wasn’t what I would class as sexual harassment – this was just good old sleaziness. So why did I feel so filthy, disgusted, creeped out and suddenly very vulnerable?

I have funny hair; I don’t do cute little skirts or cleavage-revealing tops or sultry make-up or heels because I’d learned my lessons at a fairly young age. I can be described as quirky or tomboy-ish or “kinda funny” – but not demure or provocative or even flirty; my weapons are humor, dorkiness and nerdy trivia, not smoking-hot looks. 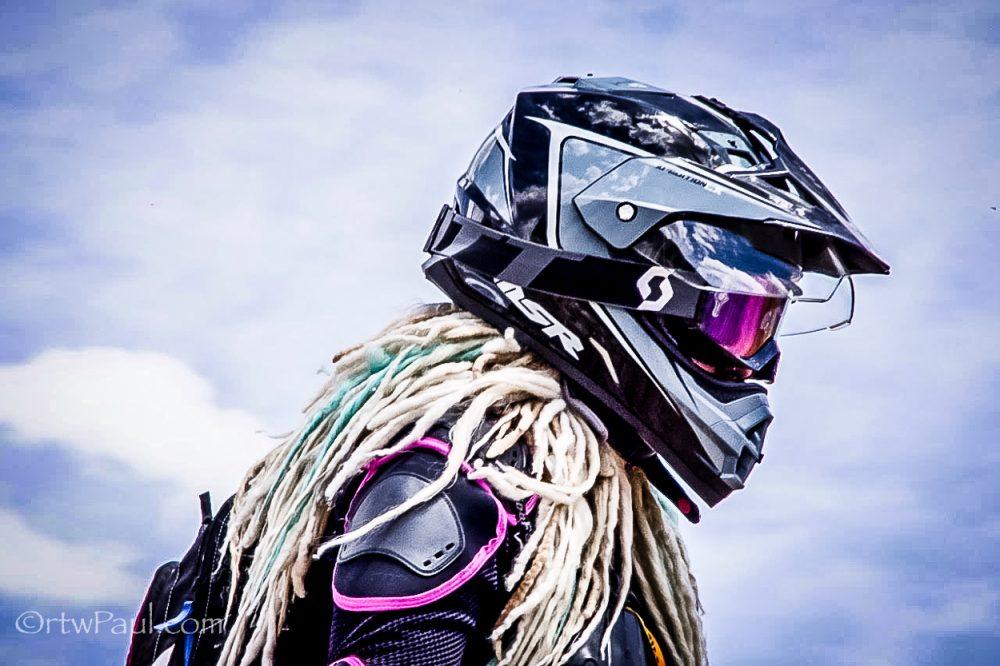 Still, even I get the sleaze. Why? Because, for the last time, it isn’t about how women dress or look or communicate. It isn’t about how much clothing we wear or don’t wear, and how we wear it; it isn’t about the amount of giggles or glances women produce when they talk to men; it isn’t about our age or our politics towards make-up or our loud laughter, or our units of alcohol consumed, or our choices in footwear.

It’s about the abusers. And in the wake of #metoo, sweeping across the whole wide world like a tidal wave, in the wake of women finally coming forward and saying, together, that this is not OK and we will NOT put up with this anymore, the message should be heard in the motorcycle community, too.

Why? Because I’d already lost count of women and girls who have privately shared their own #metoo experiences they had at motorcycle events, ride outs, and online. Yes, let’s let that sink in for a while: not in foreign and fantastic lands where cultures are vastly different and certain behaviors may be interpreted in different ways; not on the road; not while camping alone in the wilderness of Patagonia or crossing the Congo, solo, or negotiating traffic in New Delhi. No – right at home, in our motorcycle shows and events, rallies and races, ride-outs and get-togethers.

“What kind of an adventure are you after, hun?”, – was asked of a good friend of mine in a moto event where she was the sole female rider amongst men. “You lookin’ to find a husband, eh?”, – was inquired of another in similar circumstances, while hugging her just a tad too tightly, just a tad below the waistline.   “Wanna go for a ride? In my tent, hehe?” – heard yet another while pitching her tent at a moto event; reports of men trying to get a hug and a squeeze, get into women’s tents, grab their behinds (jokingly! Of course), brush up against their breasts (accidentally! Of course), and throwing humiliating comments at them aren’t as rare as you might think. In fact, they’re so common that, much like with sexual harassment and abuse in all other fields of hobby and work, all layers of society, across all professional and leisure spheres, it had become a norm everybody knew or guessed at but never spoke about.

We live in a polite society, and until very recently, it was simply bad taste to talk about it. Well, now we are talking, and we’re not planning to stop any time soon.

So what can you do? Join the conversation. Be open about it. Be honest. If you saw this happening and did nothing, perhaps you can now find the determination to speak up. If you had been the victim of it, voice it; you’re not a crazy little woman, you’re not a liar, and you’re not being too emotional – you’re finally saying a firm, loud “no” to harassment and abuse. And if you had been a perpetrator, perhaps you can look within yourself and find the courage to face the consequences, apologize, and grow. 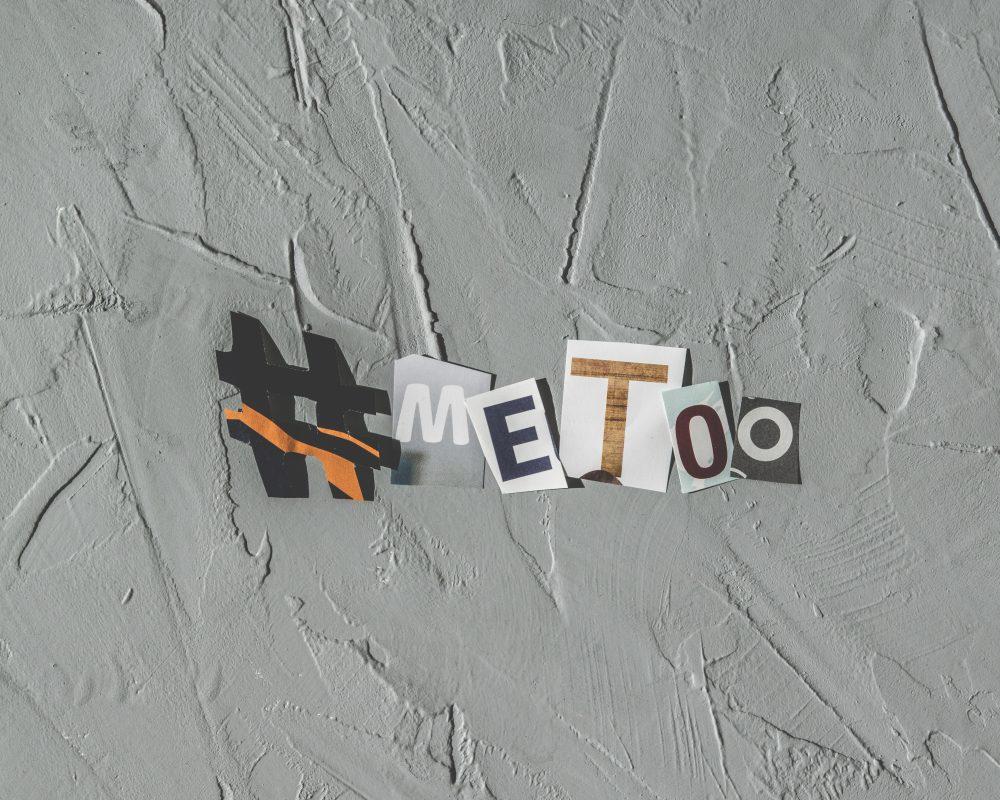 Sexual harassment and abuse isn’t a psychological dysfunction or sickness of lone sociopaths. It’s a dysfunction and sickness of the whole society, and our moto community is a micro-mirror of that society.

We women tend to think the best of people. Yes, we’re that nice. That’s why I thought nothing of it when that old man asked to take a photo with me. That’s why I presumed that he was a lovely, friendly fellow traveler and motorcyclist, instead of thinking “hmm, he may be a predator – I better stay away”. That’s why I assumed that at Overland Expo, I was among peers, among friends, among fellows, and that I was welcomed, respected, and safe.

Please, don’t disappoint me and all the other women riders again.