Solo Female Rider Continues Trip After Attack: “They Don’t Get to Take My Dream”

As a solo female rider, I’d always had that big, scary “what if” somewhere in the back of my mind.

All women do, regardless of whether they choose to ride motorcycles around the world or not; but for us solo riders, the question of safety is always there, however dauntlessly we choose not to give in to anxiety or to overthink the dangers that may lurk.

For Vasilisa Komarova, 37, the worst nightmare became a reality when she camped near a lake in a remote rural area of Rurrenabaque, Bolivia.

“Normally, I’d always camped either in really remote spots where I was certain I wouldn’t be seen by anyone, or in organized campsites where I’d be safe among other campers. This time around, though, I camped near a lake where I saw people around. I ignored my own rule because the people of nearby Santa Rosa village had told me how safe this place was, and that I would be perfectly okay to camp near the lake,” Vasilisa recalls. 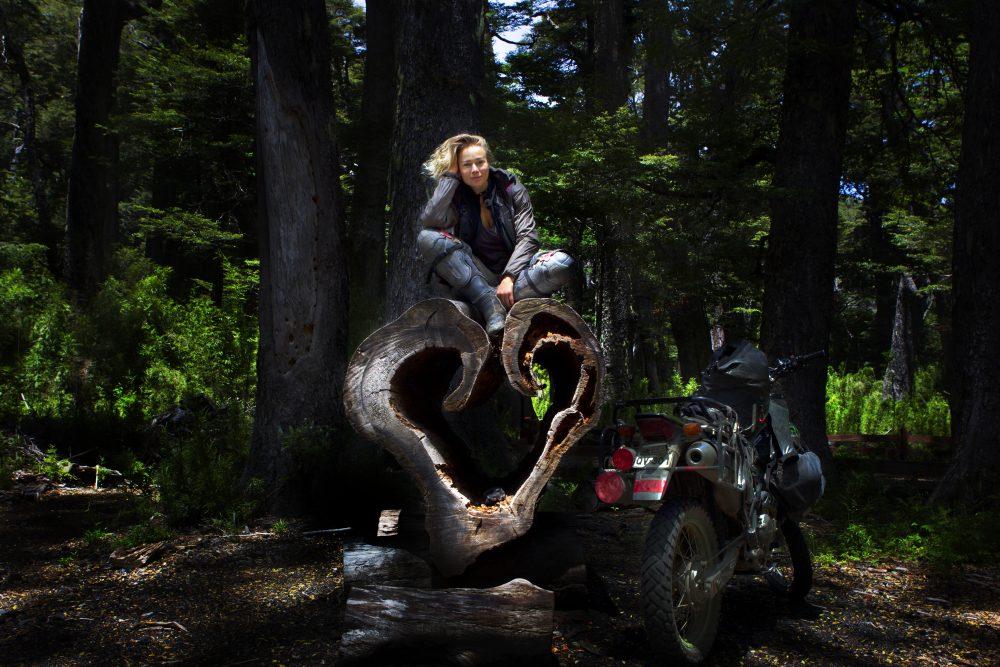 Petite, soft-spoken, with a dreamy expression on her delicate face, Vasilisa, originally from Russia but currently a resident of London, had always been passionate about bikes. Having traveled Southeast Asia on rented motorcycles, she finally decided to take the plunge and do the Patagonia – Alaska pilgrimage, on her own. In 2016, she flew to Chile, bought a Honda Tornado 250 and set off.

Traveling slowly through Chile, Argentina, back into Chile and finally, Bolivia, Vasilisa was loving the life on the road until that fateful night of June 4, 2017 near Santa Rosa. Vasilisa was attacked by three machete-wielding men while she slept in her tent. The attackers raped her, robbed her, and beat her. “I think they left me for dead,” Vasilisa said quietly. The details of her attack are still too painful for her to talk about.

But the second shock came when the police arrived, after local women called for help in the early hours of the following morning. “They took me to the hospital, but the doctor refused to treat me at first because I didn’t have any money. I explained that I was robbed, but it took some effort to convince him to help me,” Vasilisa remembered. “Eventually, the hospital admitted me expecting that the families of my attackers would pay for it. The police did very little. Only when I reached out to the Russian embassy, who immediately contacted the police, did they finally start looking for my attackers.”

Severely traumatized, injured, and alone, Vasilisa now faced a long and arduous ordeal of bringing the assailants to justice. “The victim in Bolivia has no protection. Every step of the way the process was stalled: the investigating prosecutor would pretend she’d lost documents, or she’d cancel a hearing at the last minute knowing full well it took me over six hours to travel to court. It seemed hopeless at times,” she said. 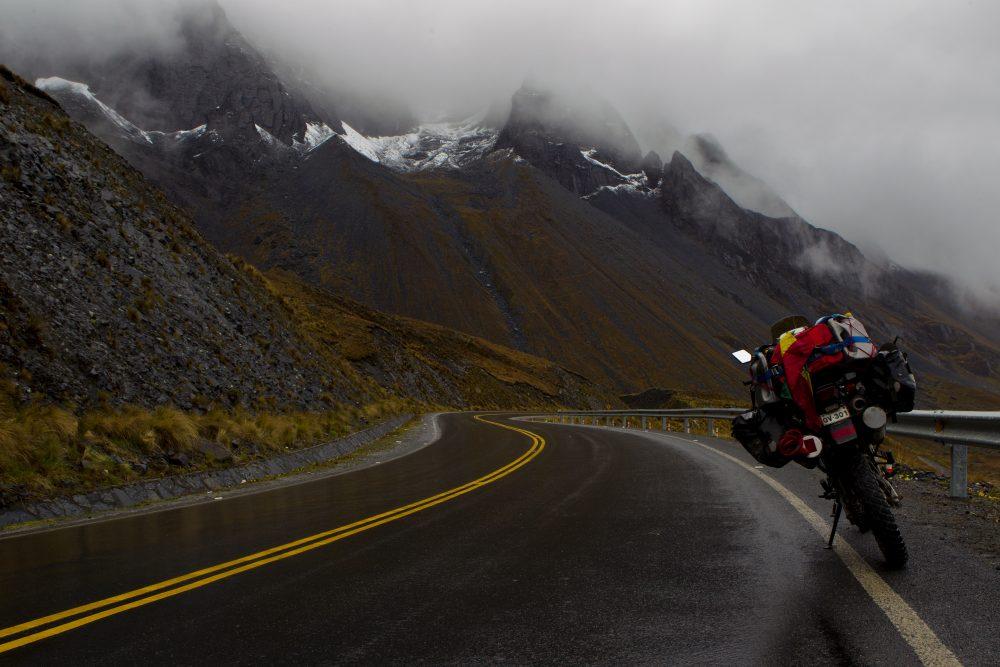 Despite the corrupt judicial system and her quickly dwindling funds – Vasilisa was expected to pay her attorney and cover the court’s expenses – she fought on. “Why didn’t I just quit? I didn’t want those men to rape another woman. I knew I couldn’t live my life knowing I didn’t stop them. I’m an adult, I will survive this, but if I knew they could rape someone who was a teenage girl? I couldn’t let them destroy a life like that,” Vasilisa said.

Bolivian women have virtually no legal support if they are raped. Police don’t take them seriously, and in rural regions of the country rape isn’t quite considered a crime. “Bolivian society is still very much macho, and women are considered to be less than men, almost like things. Some men just help themselves to women whenever they please. I think I got beaten up so badly because they didn’t expect resistance from me, it’s so common in Bolivia. There’s nowhere to go – all the police officers are men, and they just don’t care,” Vasilisa added.

She finally contacted the British embassy – Vasilisa has a second, British, citizenship – and her pleas for help were finally heard. Jill Benton, the Vice-consul of the British consulate, managed to get through to the Bolivian officials, and Vasilisa was appointed an experienced lawyer who gave her case the attention it deserved.

The whole process took eleven months. Five weeks ago, Vasilisa’s attackers were sentenced to 25, 10 and 7 years in prison for rape, attempted murder, and aggravated robbery.

Vasilisa says she is trying to put it all behind her and help other women in similar situations. “I now know how horrific and ineffective the Bolivian judicial system can be to victims of sexual violence. So I encourage women travelers who were abused or assaulted in Bolivia to contact me. I want to offer moral support, as well as advice on legal matters as I now know the Bolivian legal system better than any other foreigner,” Vasilisa said. “I was recently contacted by another female traveler who was sexually assaulted in Bolivia – she was shocked and horrified at the indifference of the authorities. I want to help women who are dealing with this in any way I can.”

After the trial, Vasilisa appeared on several Bolivian TV news and talk shows to talk about her experience.

“Afterwards, Bolivian women would approach me in the streets thanking me for speaking out. In Bolivia, nobody does, it’s still very much a taboo subject. Sexual violence is so common, and women feel like they can’t complain or get protection. But I believe that this, too, can change. We all need to speak out more,” Vasilisa remarked.

Moving On, Dreaming On

Talking to Vasilisa, I was taken by the quiet strength in her voice. After a horrific ordeal and eleven months of bureaucratic nightmare, Vasilisa was still smiling, planning her trip North, and worrying about her bike. 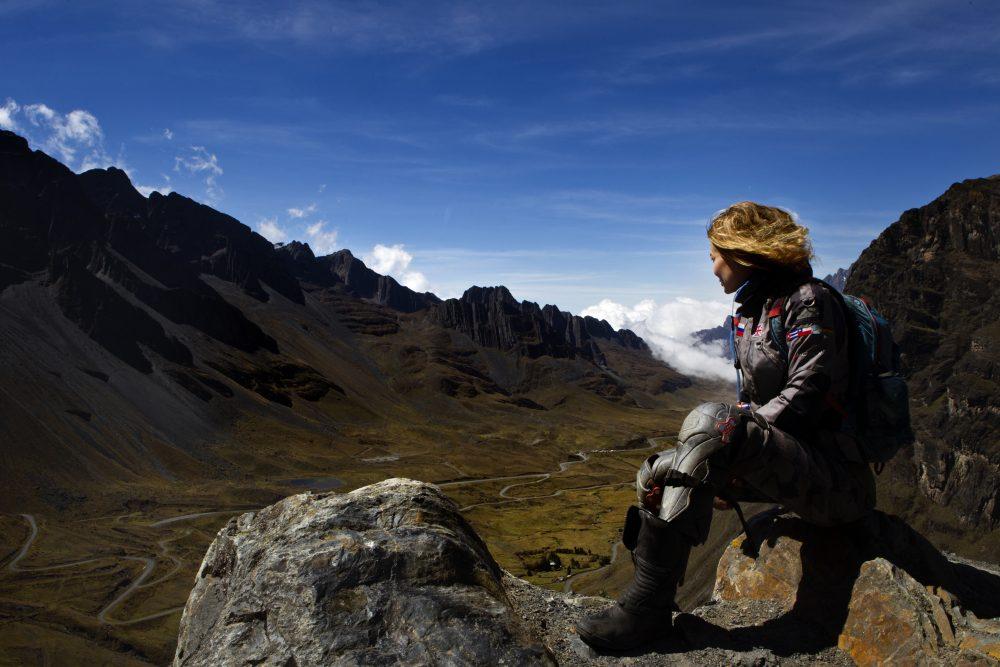 She said she never considered quitting her journey and flying home.

“Those animals don’t get to take my dream from me. This trip has been a dream of mine for so long. I’m not going home. I’m going to ride my bike to Alaska,” she says defiantly.

Currently, Vasilisa is trying to fix her motorcycle which was damaged by her attackers and sort out the visa and bike import paperwork. “Now that the trial is over, I feel trapped in Bolivia. I want to just go. I want to be on the open road,” she added.

Vasilisa admits she now feels anxious about camping, but she is determined to carry on with her journey regardless. “I’m fine now. I am. I’m so grateful to have met a Czech artist, Terresa Hodkova, who runs a small travel agency here in Rurrenabaque. Terresa taught me how to make art from glass bottles. She never asked me about things I didn’t want to talk about. I’d just lose myself, making all sorts of things from those glass bottles, sometimes all day long… I’m grateful to all the wonderful people whom I met and who helped me out. But I’m ready to go now,” Vasilisa says.

She is adamant that she doesn’t want to put other women off traveling with her story. “When you travel, you don’t just discover the world, you discover yourself, and you find so much more than you thought was there. So if you’re a woman on the road, keep on traveling. But you do have to be careful, because sadly, we are in more danger than male riders. An attack like this can happen. Be very careful when you travel, and always, always trust your gut instinct. Protect yourself, do everything you can to be safe.”

“But the world is still worth seeing. On the road, you feel alive.” 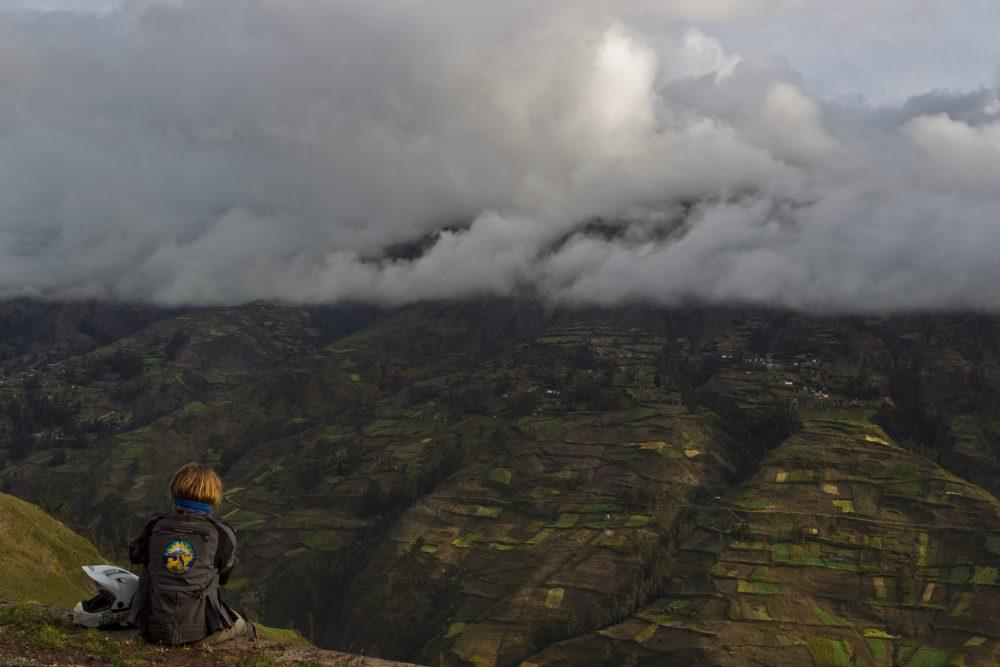 When Vasilisa hangs up, I sit and stare at my screen for a while, motionless. I can’t find words to describe how I feel; I want to hug Vasilisa, cry, smash something, and tell this tiny, courageous woman how much I admire her all at once. Instead, I thank her for the interview and ask her to email me some of her photos, trying to sound casual and professional.

During the attack, Vasilisa lost most of her belongings and valuables, her motorcycle was badly damaged, and the eleven-month court ordeal drained her funds. She finds odd jobs as a fitness instructor and photographer in Bolivia, and doesn’t want to ask for any help, but a GoFundMe campaign has been set up to help get Vasilisa back on the road as soon as possible.

If you would like to contact Vasilisa directly, or need help and support if you experienced sexual violence in Bolivia, she encourages you to get in touch via her Facebook page.