There is an old saying: “Time heals all wounds.” I do not agree. Time does not lessen the pain or grief, it just becomes easier to ride the wave of emotion that washes over you from time to time.

On December 23rd, 2013, my life drastically changed when my husband lost his battle to lung cancer. Prior to his battle, we had hopes and dreams like everyone else. One of those dreams was to travel the back roads of North America to discover the small towns and the quirky roadside attractions on our little 200cc motorcycles. 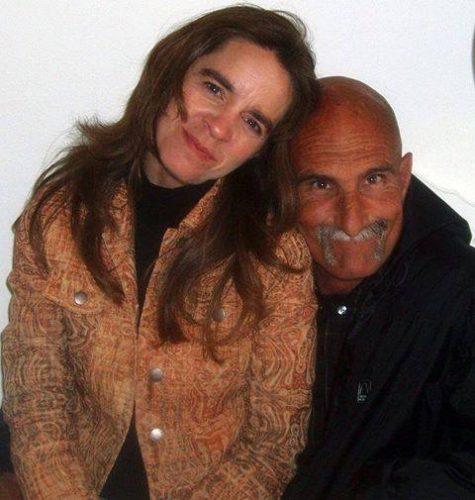 While he battled cancer, he sat me down and said that he had one wish for me: He didn’t want me to wait until retirement to pursue the dream that we once had. He told me to sell the house and begin the journey. He said that life was too short; don’t wait for the right time to go. Just go.

It took me a year and a half to close the estate and plan for my year long journey. My goal was to discover the roots of North America and to share my experiences, strengths and hopes with those I met along the way. But I also discovered that this journey wasn’t just for me. It was also for those who needed someone to share their stories as well. Many of us are caregivers, survivors or know of someone who has lost a loved one. By sharing my stories, it became an opening for those who needed to share their stories as well. It gave them opportunities to let go what was bottled up inside. It allowed to them to learn that it was safe to express those feelings.

The ones who say “time heals all wounds” are often people who haven’t experienced true grief. In reality, you never stop grieving. It will be the little things that can trigger the pain, like a familiar touch, a smell or a memory. It comes in waves. Sometimes those waves are huge and overwhelming. Sometimes they’re small and quickly subside. Grieving is like surfing. Emotions are the waves of the ocean. In the beginning those waves are so overwhelming you’re sure you will drowned. The rogue tide keeps coming at you, over and over. At some point, you realize you can either fight it, gasping for breath, or, you can learn to surf the barrel of the roll. In the beginning, when you’re learning to surf, it feels awkward. You paddle out onto the wave, navigating through the sea of emotions of pain, anger, sadness and sometimes even laughter. While dealing with all of those emotions, you know that you must stand strong and balanced to stay amongst the living, dealing with each to hurtle as it comes your way. You find yourself in calm waters again, until another wave of emotions starts anew. They may change, but they never end. You just become a better surfer. 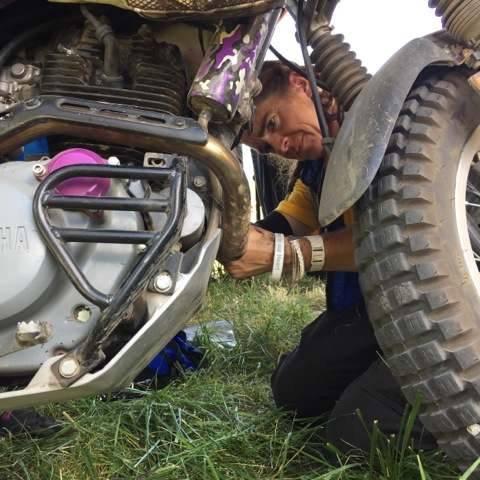 The more you learn how to ride the wave, the easier it becomes to cherish the memories. But as time goes by, those memories seem more and more distant. Then comes a whole other set of emotions. There will days where you feel lost and disconnected because those waves haven’t come in a while and you want to relive them…

I’m going to tell you a little secret that I haven’t shared with many people as I’m not a religious person. My late husband was a heavy smoker, as I was too, though I quit when he became ill. Shortly after he passed away, every now and then I would get a whiff of smoke in the air. At first, I thought I was smelling what was embedded in the house, on our clothing or furniture. However, after I sold the house and moved into a cottage, I’d still get that same whiff. I had a sense that it was his spirit telling me that he was there for me. And I wasn’t alone in noticing that smell. Many people who have come to visit the cottage would ask if I was smoking again, though I haven’t had a cigarette in four years now. Just as those memories have been fading for awhile, so has the whiff of cigarette smoke.

But during my motorcycle journey, the smell would return. And I would also hear his thoughts and feel his wind on my back. I began having random conversation with him about life, events or about nothing in particular, which we were known for. We used to pick a random subject just to have a good debate. I miss those days, and have found that motorcycling is what has helped heal my wounds, and bring me closer to him again.

These days, when I miss him and need those waves of emotions to wash over me, I hop on my bike and go for a ride. The truth is that time does not heal all wounds. Time only make it easier to surf those waves. 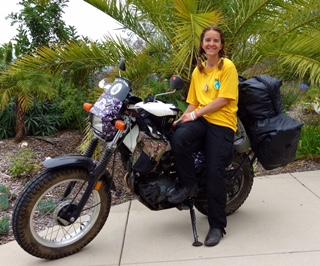