How to Negotiate Loose Rocks Uphill on a Fully Loaded ADV Bike?

Negotiating big loose rocks while going uphill can be tricky and intimidating even on a bike without carrying luggage.

So what’s the best way of tackling it on a fully loaded ADV bike?

There are a few points to consider. First off, we need to ask ourselves the question: “What is it that gets us up a hill”? And the answer is…MOMENTUM! Momentum is your friend. It doesn’t really matter what tires you have fitted (though the correct type of tire depending on intended application does help a great deal), momentum is what’s going to get you to the top.

Secondly, what gear should I be in? First gear, your lowest gear available, can create too much torque going to the back wheel, therefore creating wheel spin which can result in loss of forward momentum. Second gear can reduce the torque to the rear wheel, resulting in less wheel spin, allowing for a smoother, more manageable forward momentum. You want traction control disabled as you won’t have constant traction whilst going up a hill with loose rocks, which means that if you had traction control enabled, power to the rear wheel would be cut out every time traction is lost…even for a fraction of a second. Obviously if you do not have enough momentum to be in second gear, you’ll have to gauge for yourself whether you need to shift back to first in order to gain enough momentum to carry you to the top of the hill.

Thirdly, another golden rule: ALWAYS CHOOSE THE BEST LINE! Your brain works like a camera and you want to ‘take a photo’ of the terrain in front of you and then focusing on where you’re heading…which would be the top of the hill. Your brain stores a great deal of information in just a fraction of a second, which means you can focus up ahead and, along with your peripheral vision, you’re able to calculate the optimum path of least resistance going up the hill. In other words: Instead of just focusing right in front of your front wheel the whole time, you want to ‘take a photo’ of what’s going on in front of you and then return your focus to where you’re heading further up ahead. Take a photo, focus further up ahead. 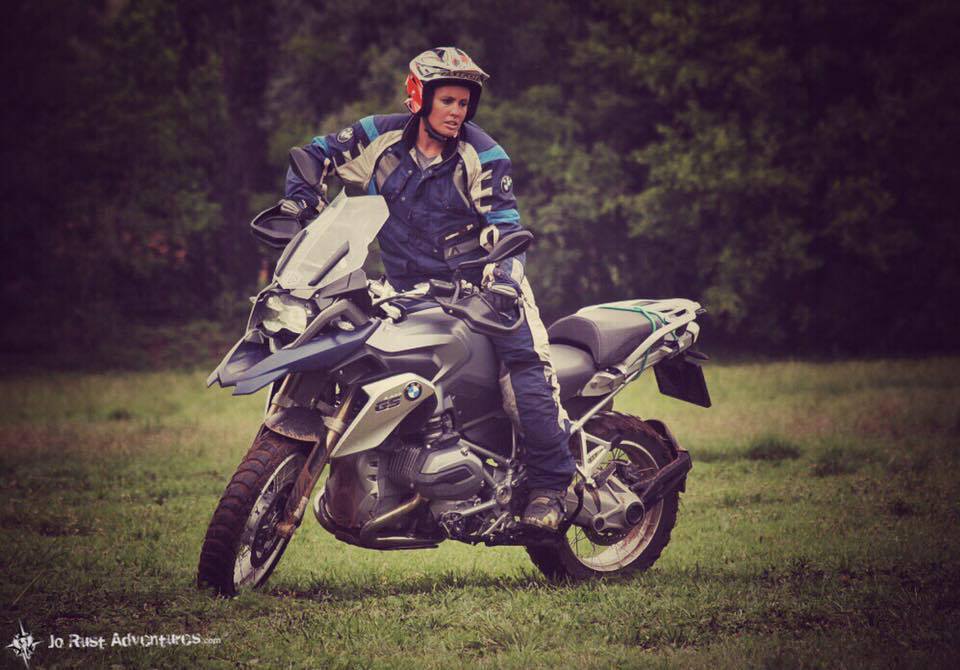 Fourth: Don’t fight the bike! Remember what Bruce Lee said: “Be like water”. If we take the BMW R1200GS for instance: you have a 525 lbs. machine with 125 horsepower at 7 750 rpm. In layman’s terms: a powerful beast! Now, if you’re clamping onto the bike and holding on for dear life, who do you think will win the battle between yourself and your loaded ADV bike when it decides that it wants to go in a certain direction? The beast will win, no doubt. So don’t fight the forces! Be loose on the bike and allow it to do it’s thing, keeping momentum and focusing on where you want to go. Riding over big loose rocks means that the bike will be moving around and even jumping about quite a bit. That’s okay, just keep the momentum going and focusing on heading towards the top of the hill.

1. MOMENTUM IS YOUR FRIEND.

I hope you find some value in the information provided and remember: Repetition is the mother of skills.

Till next time, Jo Rust 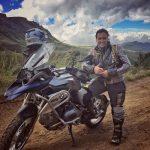 Johannesburg-born Jo Rust is an avid adventurer, speaker, author, tour guide and a professional off-road motorcycle instructor. She was the first ever female brand ambassador for BMW Motorrad South Africa and qualified as the 4th internationally accredited female off-road instructor in the world. She was the first female to complete a solo motorcycle journey around Africa!

Want to ride with Jo? Book a tour: 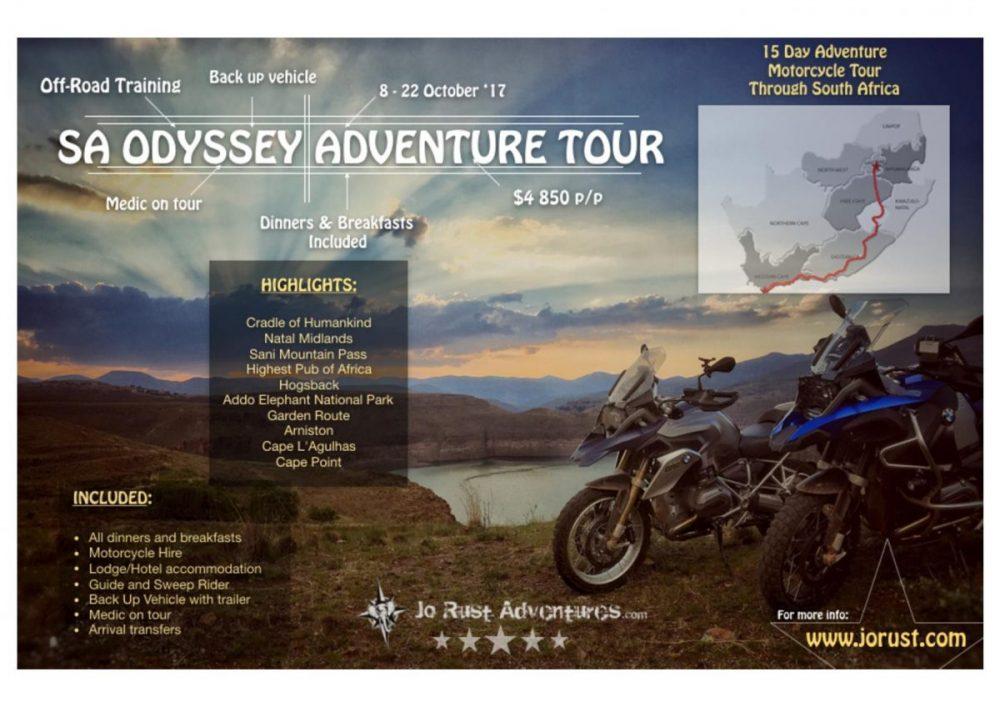 Enter the code: WomenADV10% and get a 10% discount

PrevPreviousUnexpected Ride on an Alta
NextRide Off Road? Keep the Spark!Next