She faced brutal weather, grueling rides through unbelievable landscapes, sexual attacks, corrupt police, life–threatening accidents, rumors of recent cannibalism, political unrest, theft and more, though she also encountered great kindness and hospitality. She had to navigate with often incomplete paper maps and rely on forwarded letters to stay in touch with home: unlike today, she really was off the beaten track. Elspeth learnt to service her bike – including an emergency rewire deep in the Outback – and it still runs today. 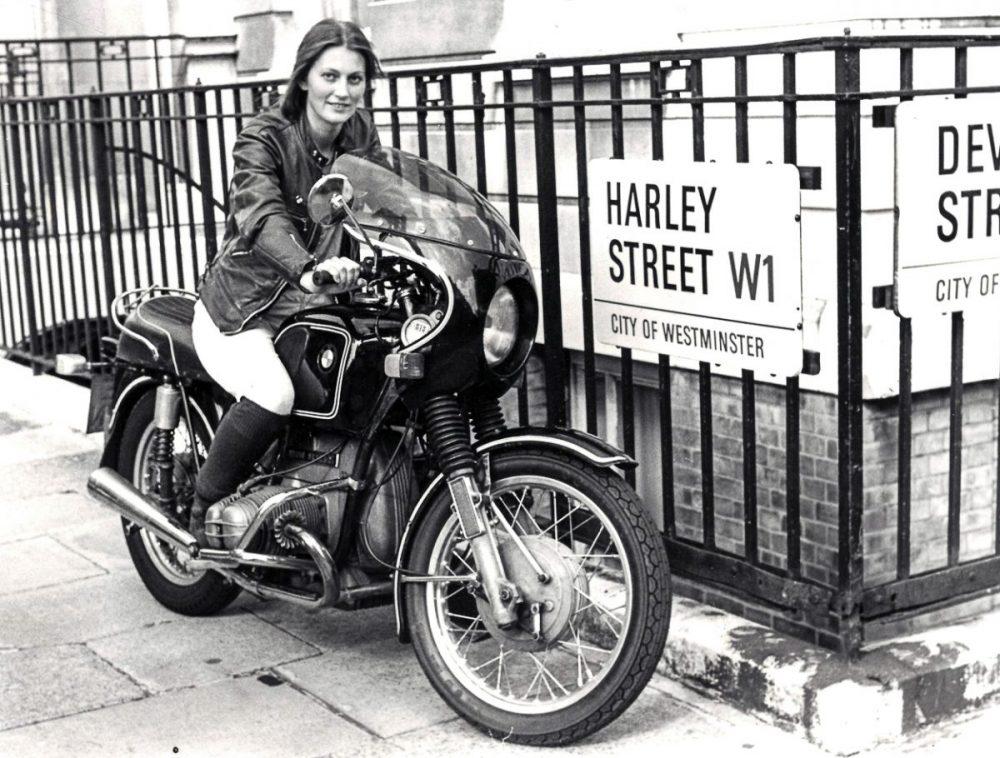 She was the first British woman (arguably the first woman) to motorcycle round the world. This year, she’s published her long-anticipated book, Lone Rider, about her two-wheeled adventures circumnavigating the planet pre-Internet.

Elspeth, have you ever thought of repeating your big adventure? Or perhaps will in the future?

I have never stopped travelling since my return in 1984 but I am more interested in seeing parts of the world I haven’t seen yet. Even after riding around the world it’s important to remember that all you have actually seen is either side of a thin red line drawn on your map so there is still so much more to see.

Since my return I have travelled extensively in Africa and South America, both continents I did not have the funds to include on my first round the world trip but there are still places in central America I would like to visit.

What was your biggest challenge on your round the world motorcycle ride: safety, fuel availability, maps and routes?

I think all of these things were a challenge in varying degrees depending on which countries I was travelling through but also it was the lack of information available. With little information about the countries that lay ahead this did make it more of an adventure but also a greater challenge. It is hard to imagine now what this was like then as we all take the internet, GPS and mobile phones for granted these days. 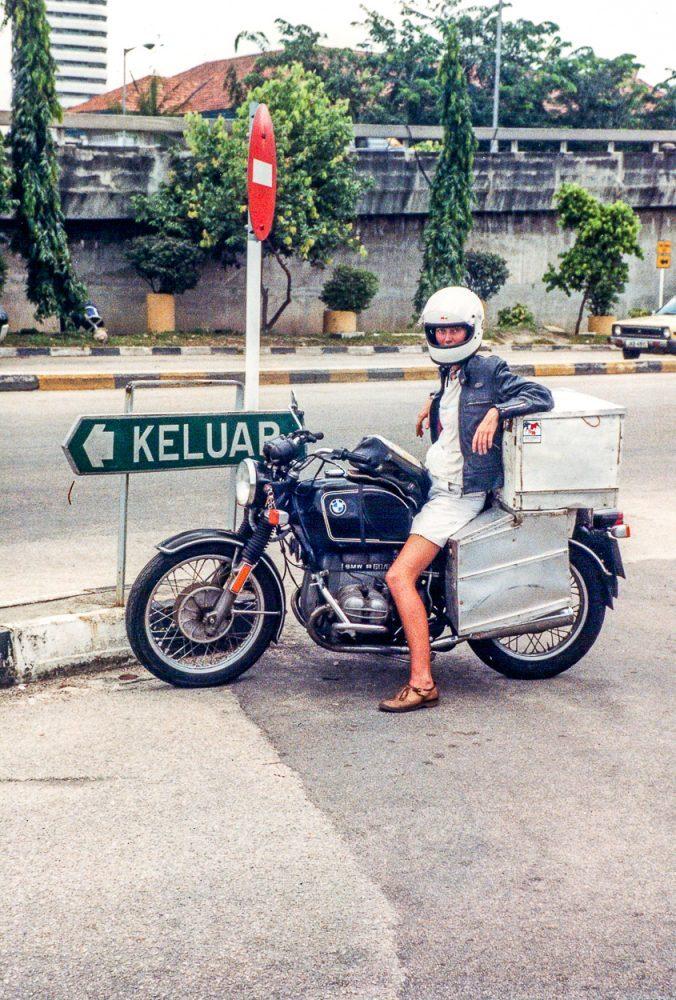 Safety was a concern especially as a woman travelling alone but I didn’t feel being a solo woman was a disadvantage and it was often advantageous. Locals did not perceive me as a threat and there were many occasions when I would be invited to stay with them because they were worried for my safety. I’m not sure I would have received the same hospitality if I had been male.

There are more and more women who ride round the world solo nowadays. How do you feel about that, and what’s your advice to them?

I think it’s absolutely fantastic and if in a small way my story manages to inspire more women to ride bikes and travel the world then this would bring a whole new meaning to my trip. I started off doing small trips and gradually traveled further and further afield which I think helps to build your confidence. 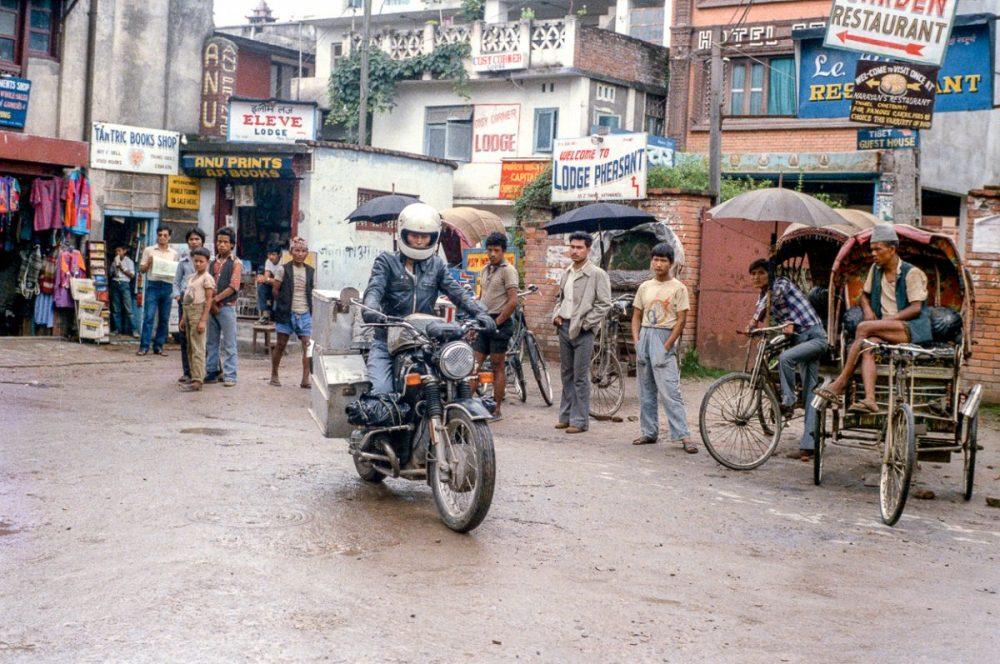 For me it was important that I knew all about my bike before I left although with bikes being more reliable these days this is perhaps less important. But the more you know about something the less afraid of it you are. If you know you can fix it yourself then you don’t worry about breaking down. My advice would be to travel light and I don’t think a ‘big’ bike is necessary, smaller, lighter bikes are much easier to handle and pick up when you drop them. My 600cc I reckoned was the perfect size, I could cruse at 80-85mph comfortably, get 65miles to the gallon, she was easy to pick up and simple to work on. The simpler the bike the less there is to go wrong. 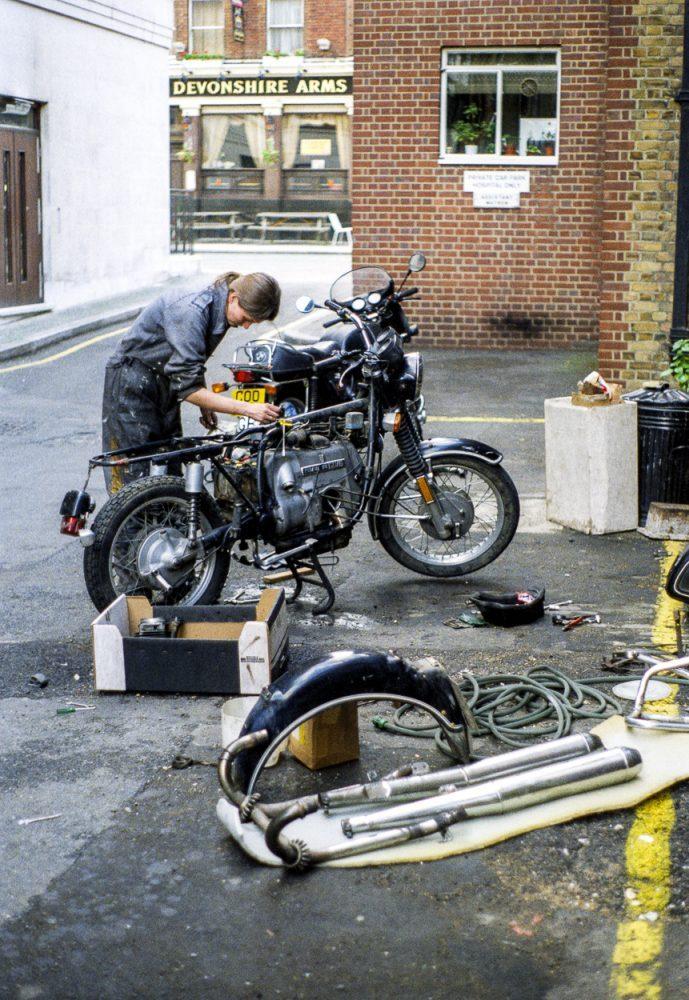 Adventure riding is now a full-blown industry with its own events, celebrities, and media. What, do you think, are the advantages and disadvantages of that?

I think whole adventure scene that exists now certainly encourages more people to travel which can only be a good thing, but it’s important to remember why you are doing the trip. I’m sure everyone has their own reasons and for me it was completely solo ‘private’ journey about testing myself to the limit to see what I was capable of and to prove (if only to myself) that it was possible for a woman to ride around the world. 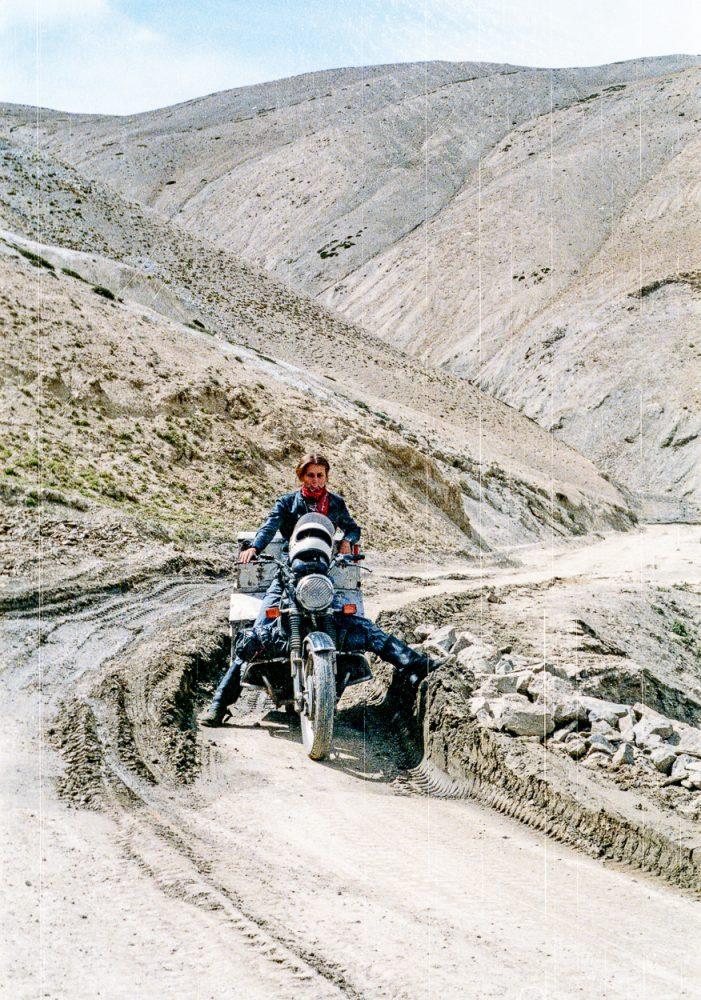 I think in some ways now it is almost too easy, reliable bikes, excellent riding gear and gadgets to take you anywhere so you can’t get lost anymore. Getting lost and being able to find your way again in life is a valuable skill.

Grab a copy of Elspeth’s book!