I love nothing more than a few stolen moments from a busy day to read about the latest leg of a RTW journey or cross-continental expedition.

The stories that come from these types of epic trips are inspiring and, frankly, sometimes make me wonder what the heck I’ve been doing with my life…

But what about those of us who can’t just get up and go? We keep getting the message that ‘anyone can do it’. But is that really true for everyone?

I have two kids under the age of ten, of whom I have 50% custody. I can’t drag them across the world, or even take them for a few months- at least not right now.

So I spent a lot of time beating myself up, feeling as though I didn’t take advantage of my younger years as perhaps I could have. You wouldn’t be wrong to say that I lamented some choices I made during those years before kids; the years I could have spent adventuring.

I hope it goes without saying that I’d never change a thing about having children. So I try to be positive. “They’ll be grown one day. I can go then!” I remind myself. And it’s true. If I can work out sending them to college while traveling, I can leave in… eleven years.

Admittedly, this was a little depressing at first. At times I wondered why I should even bother trying adventure riding. If it isn’t epic, it doesn’t count, right?

WRONG. If I’ve learned anything, it’s that we have to find our own way. Ride your way. It doesn’t have to be a RTW to count.

I know I’m not alone. I know that there are a million other things that can keep someone from being able to leave home for extended periods of time, beyond just having kids.

So what’s a person to do?

#1 – DON’T let it stop you from learning and getting your feet wet.

If you’re not already riding, or have only ridden on the street and don’t know the first thing about getting off-road, there’s no reason not to take a class. Start researching the bike you’d like, and take steps toward meeting your goal.

I’m almost 40 and just learning to ride again. If I look at it from the outside, it might seem pretty ridiculous, a 40-year-old women learning to ride. Most of my friends think I’m a bike-riding rockstar. But mostly I feel like a fraud!

I get all sorts of looks when I go places on my little WR250R – the ladies at the hair salon were agog when I pulled up on a bike. My stylist insisted she had time for the blow out even though she knew it was immediately going under a helmet (I love her).

I remind myself that I’m not a fraud, just a little self-conscious at times, which is okay.

As soon as I got my feet off the ground, the ideas started to come. When you suddenly want to ride at any given opportunity, you begin to get creative. This brings us to…

Who cares that you can’t spend 3 months in the remote corners of the globe? I’d wager that there are some decent trail systems closer than you think – or BDRs within reach that you can plan for a long weekend.

Shoot, I’d take exploring a good backroad for a few hours over the next episode of [pick your TV poison] any day. Riding to dinner 45 minutes away beats the heck out of driving to the local diner in my book. Even if you wind up at a diner 45 minutes away! I’d argue that the BLT tastes better there for having taken the ride. But maybe that’s just me.

It might still take some finagling, but most of us can figure out how to get childcare for an evening, maybe even for a few days.

A shorter trip is refreshing and fun, and lets you feel like you’ve lived a little.  It has the added advantage of not having to go through the “dip” that Lynda discussed recently. Chances are, riding won’t lose its luster when you’re only gone a few days at a time.

Depending on your resources, planning to fly to a location to rent a bike for a few days is also an option, as well as the fact that there are tons of great tour companies out there that can help you navigate unfamiliar countries or places. Is it the same as venturing off on your own through Africa? Of course not. But does it count? I’d argue that it does.

And if kids are the reason that long-term travel isn’t an option? Train them, too – we’re making some off-the-chart memories riding together as a family, and I wouldn’t trade those for anything.

Get a journal. Splurge on that and a really nice pen or markers. Or do it on your computer or phone– whatever strikes your fancy. But make a list.

My significant other and I spent months saying, “Can this go on the list?” every time something sounded like it would be fun but not necessarily within reach. Then we realized we had to actually make the list. It wasn’t enough to just keep it in our heads. So far it has about twenty items on it. Some more easily attainable than others.

The best part? Once it’s down, you start trying to figure out how to make it happen. Can I leave for months? No. But I can leave for a week or two if the kids’ dad and I can work it out. Then you start to think, “We can make the Trans-America Trail, or at least a portion of it, happen in that amount of time.” So here we are, making solid plans for this summer.

A great idea, that I can’t take credit for, is to pick a goal and give yourself six months to complete it. You’ll be amazed how creative you can be when you hold your own feet to the fire.

Lastly – go ahead and plan for the really big things. Plan that RTW. Flesh it all the way out. Do the research on routes and what gear you’d like and stops you know you’d want to make. Is it as much fun as the trip will be? No, but it certainly keeps you moving forward and thinking ahead. I’m a firm believer that we all need something to look forward to.

In the meantime, ride YOUR way. Dare to Explore – IT COUNTS.

“The future belongs to those who believe in the beauty of their dreams.” Eleanor Roosevelt 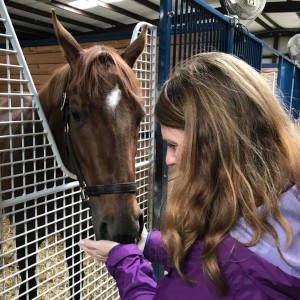