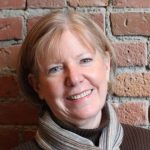 I’d been avoiding the signs for quite a while, partially out of a desire to have things remain the way they had always been and partially out of fear. But after eight years of being together, always together, only inches apart, I knew I had to say something. I had to face facts. Arriving back home following an extended trip riding with my husband Terry around the US, I knew I had to talk to him, tell him the truth, and make the break.

It was time for me to ride my own bike. The experience of riding pillion on a flower sniffing tour of the country awakened a longing in me for a new experience.Riding with Terry in rallies and on long distance challenges I was part of a team.We were competing together, strategizing and supporting each other. I had a role and a purpose. Slowing down to visit family and friends, taking time to camp and attend both work and motorcycling conferences along the way, I found I didn’t have much to do except sight see. While the scenery was often lovely, I realized it was too passive for me. I wasn’t growing, wasn’t pushing my personal envelope, and I didn’t enjoy simply being a passenger.

I’ve had my endorsement for years, but because we spent so much of our time preparing for and riding in long distance events, I hardly rode anywhere alone. Once we were back home after our summer sojourn I began riding my bike in earnest. No surprise to long distance riders, the first day it was a 40-mile round trip, the next day it was 250 miles. I started making the daily commute to my office, taking advantage of a rare northwest Indian summer. Riding my own bike forced me to confront some of my fears and allowed me to tap into some of my competencies. I felt alive and excited.

It wasn’t long before I was planning for my first extended ride. I eagerly watched the weather reports, fingers crossed, that it would hold long enough for me to take the 1,300 mile round trip from Seattle to Gerlach, Nevada, under my own power. And hold it did: 470 miles the first day, waking up to ride another 200 the next. I felt an incredible sense of elation pulling up to the antiquated, funky, but familiar Bruno’s Country Club knowing I had done it myself.

When Terry and I stopped for fuel or food, we chatted about what it felt like to be together but apart. He was surprised to notice how much he worried about me. He didn’t doubt my competence, and I didn’t do anything to cause alarm. But when we were sharing a single bike he had the sense he was responsible for both of us and therefore could at least pretend he could protect me. With me on my own bike, he had no such illusions. He was powerless to prevent anything that might happen. Over the years I’ve chatted with several couples that also ride on separate bikes. A common theme that emerges is the low-key anxiety, the worry, about the other partner. Suddenly looking in the side mirror and realizing your partner isn’t behind you creates a moment of panic that doesn’t seem to occur with the same intensity when riding with a friend.

One man described the moment he noticed his wife was no longer behind him. Heart racing, imagining the worst, he quickly turned back to look for her only to find her casually stopped on the side of the road adjusting her gear. Another couple described an incident where they became separated and rode out of range of their intercom system. Unable to communicate, they made assumptions about where and how they would find each other, meanwhile inadvertently passing each other without realizing it. His first reactions were worry: “Where is she?” “Why didn’t she catch up when she could?” “Did something happen to her?” But those changed to “I wonder if she’s mad at me?” “Is she going to be pissed when I find her?” Her reactions were a mix of “Oh my, I’ve never done a ride like this by myself, I’m always behind him,” and “Where the heck did he go? How could he just ride off and not wait for me?” to “Well, I can do this myself, I’m fine. I’ll catch up with him somewhere.” Luckily, by the time they did find each other, rather than being angry they were both in good spirits and just happy to know they were both ok.

Most couples I spoke with described differences in riding styles and stamina between the two riders. The desire to be together outweighed the urge to keep going when one partner wasn’t willing or able to continue riding further that day, or when they preferred riding fewer days in a row. Adjusting to the needs of the other took precedence over individual desires. Couples who rode together found ways to navigate their differences successfully without leaving either person in the lurch. I know on my first bike I slowed Terry down, my smaller fuel tank needing more frequent fill-ups and my body needing a few extra minutes of stretching, but I also knew he was willing to accommodate me because it excited him to see me having such a great time. He still sometimes misses me riding pillion on the same bike as him, but he also shares in my joy as I have gained confidence and competence riding on my own.

I rode with Terry for well over a hundred-forty thousand miles as pillion before moving onto my own bike.As I transitioned, I realized how the sensations, scenarios, and experiences we had had together contributed to my confidence as a solo rider. I had absorbed knowledge about riding in wind, rain, sleet, snow, heat, humidity and dark of night, which I was able to draw on as I tackled the elements alone. I could handle much more than I could when we first started out together over eight years earlier. I simply transferred some of that awareness to my own bike.

I’ve been asked what the different is riding on my own versus as pillion with Terry. When I reflect, I think of dancing. When I was on the back, I was part of a dance we were doing together. I helped with the planning and navigation, I saw the same sights, albeit with his helmet always in view, and I was part of a team, particularly when competing in long distance rallies. But when I am riding solo, I’m the one making the bike move through the turns, not simply getting to share in the experience. I am the creator of the dance, and that’s a really nice feeling.

We still ride together, but now we bring our dual experiences of two bikes to the table. If anything, our mutual respect has grown as I appreciate all he has, and continues, to teach me, and he eagerly shares his joy at seeing me keep up with him on the twisties. The trial separation did become a permanent divorce, but the marriage became even stronger. 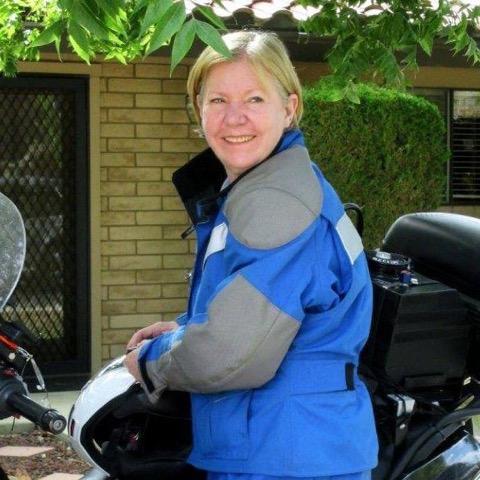 Lynda Lahman has a private practice as a Mental Skills Coach helping athletes, including motorcyclists, break through mental barriers to reach peak performance, get back after injuries, and find pleasure in their sport. She is now the only person to complete the eleven-day Iron Butt Rally as a pillion (twice) and as a solo rider (once). She is the author of four books; her most recent release is ‘The Women’s Guide to Motorcycling’. Lynda wrote a regular column in the print version of the Iron Butt Magazine.

She lives with her husband Terry in Snoqualmie Washington.